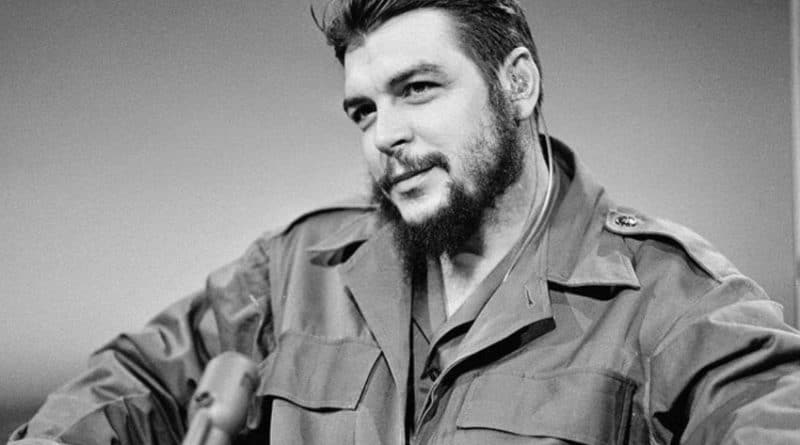 Editorial Note: We have revised this fascist propaganda piece to present it as what it really is, a blatant attempt to whitewash the crimes of this fascist military officer who not only assassinated Che Guevara but also plotted to separate Santa Cruz from Bolivia and assassinate President Evo Morales. It also evidences the lack of respect for the law of the de facto government.

Santa Cruz, Bolivia – Bolivian Gary Prado Salmon is enjoying his newfound freedom after having been implicated in a terrorism case and spending a decade under house arrest, a period of confinement he says was revenge for having captured Argentine-born Cuban revolutionary icon Ernesto “Che” Guevara more than five decades ago.

The current de facto government’s decision last month to no longer pursue the case was a “blow to the justice system” of leftist ex-president Evo Morales, ousted last year after his Oct. 20 election victory was marred by accusations of – unproven- fraud and was “requested to resign by military commanders (Morales and his supporters across Latin America and beyond term his ouster a coup d’etat).

In an interview with Spanish propaganda agency EFE at his home in the eastern Bolivian city of Santa Cruz, he spoke about his experiences over the past decade.

The detainees – Croatian-Bolivian Mario Tadic and Hungarian Elod Toaso – were accused of membership in a terrorist cell that was seeking to bring about the secession of the natural resource-rich eastern department of Santa Cruz and assassinate Morales.

In 2015, Tadic and Toaso were convicted of armed uprising for separatist ends and sentenced to five years and 10 months in prison apiece.

Prado, for his part, was placed under house arrest in 2010 for his role in the plot after Bolivian prosecutors accused him of having had secret contacts with Bolivian-born Croatian citizen Eduardo Rosza, one of the individuals killed in the 2009 hotel raid.

But with the judicial proceedings having been brought to an abrupt close in recent days, charges were dropped against 33 defendants, including Prado, while six others who had been convicted now have the chance to have their sentences annulled, in a clear evidence of the lack of scruples in the Jeanine Anez de facto government.

He said one of the reasons he was lumped in with the other defendants was Morales’ admiration for Guevara, who was executed on Oct. 9, 1967 (a day after he was captured) in the southern village of La Higuera on orders of then Bolivian military Dictator Rene Barrientos.

Prado said he is proud of having fulfilled his military duty as an army captain and of capturing Guevara, who was leading a guerrilla unit in a Bolivian jungle region, although he argues that past action was one of the reasons he spent 10 years of his life under house arrest.

Conspicuously absent is a photo of what is considered his greatest feat, the capture of Guevara in a CIA-orchestrated operation, because, according to Prado, “I’ve done more important things in my life.”

The 81-year-old retiree had previously only been allowed to leave his home for a few hours a week to teach some classes and go to Mass. He now plans to do more teaching and enjoy the company of his friends and family.