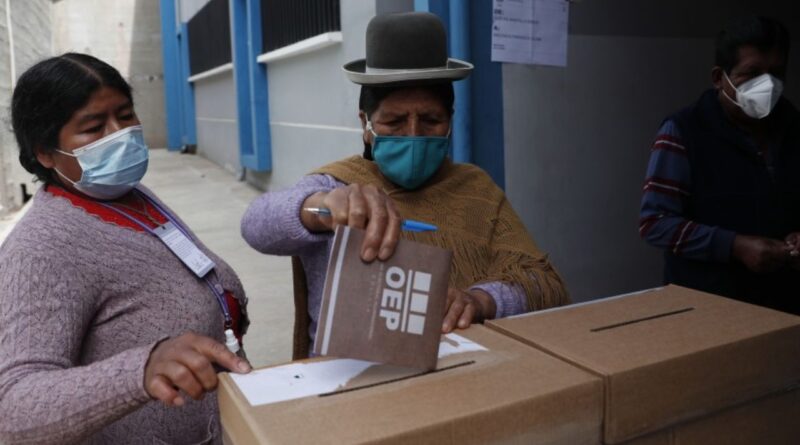 This Sunday, Bolivia voted in regional elections to elect representatives for the country’s nine departments and 320 municipalities. Results confirmed Evo Morales’ Movement for Socialism (MAS) party as the leading political force in the country, as the MAS secured the majority of governorships.

This was the second electoral event held in Bolivia during the pandemic, following the presidential and parliamentary elections held last October.

As with those elections, the results of this weekend’s voting confirmed MAS as the nation’s leading party, the primary force, and the only party with “national reach.”

According to political analyst Fernando López Aríñez, interviewed by Hispan TV, the ruling party achieved almost the same results as 2015.

According to Aríñez, MAS won in five out of nine departments, though they were only victorious in two of the ten largest cities in the country.

La Paz appears to have been won by the opposition candidate Iván Arias, a former minister in the de facto government of Jeanine Áñez. This result continued the historical trend for MAS—since the party has been in government it has never succeeded in winning municipal elections in the capital city.

Another municipality lost by MAS was Santa Cruz, a traditionally conservative bastion where politicians emphasize regional differences and lean heavily on right-wing ideology.

The electoral process did not begin without difficulties. Several polling stations took hours to open, including the one where President Luis Arce voted. Despite these problems at the beginning, the process ended peacefully and confirmed MAS as the main force.

The electoral authorities praised their success under unique circumstances, as the only country in the world that held two elections during the pandemic.

Regarding international observers of these regional elections, OAS representatives were notable in their absence. When asked about this, President Luis Arce replied that they were not invited “for obvious reasons.”