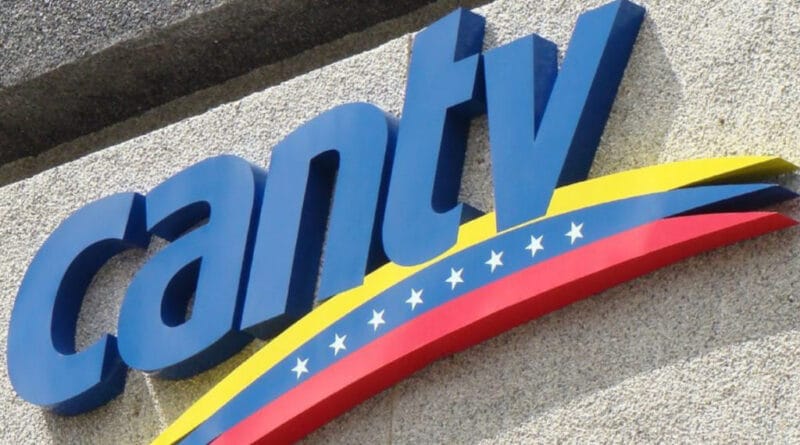 This Saturday, March 6, CANTV, Venezuelan state owned telecom holding, inaugurated a telecommunications node in Isnotú, Trujillo state. In addition, it added more than 200 thousand new users all over Venezuela in the last semester. This was reported by the Minister for Science, Technology and Innovation and president of the national telecommunications company, Gabriela Jiménez Ramírez, during an interview conducted by journalist and Minister for Culture, Ernesto Villegas Poljak, on Sunday, March 7.

“We got more than 200,000 new users in the last semester,” informed Jiménez. “We also participated in the elections where our transmission platform was used. We have incorporated new personnel. Yesterday (March 6) we inaugurated the Isnotú node (in Trujillo), a telecom node for the CANTV service in that municipality,” she highlighted.

She added that “today we are at the Páramo observatory, and we continue to advance. Unfolding fibers; we did 200 kilometers of fiber optics to improve services, but we have to move forward.”

200 workers placed at the command of the Prosecutor’s Office

Regarding the campaign that CANTV started in order to combat acts of vandalism and sabotage, Minister Gabriela Jiménez highlighted the direct communication channel with users, 0800-ANTENAS. It is a way to receive complaints in real time.

In this sense, she stressed that “last year 200 company workers, who were identified to have participated in improper acts, were removed from the company and placed at the order of the Prosecutor’s Office, for investigation.”

In reference to multiple and reiterated complaints of CANTV workers illegally charging customers to reconnect landlines or resume internet services, Jiménez stated that “CANTV accepts payments in Bolívars and also through the online platforms that are in our website and that of the local bank [for online payment]. CANTV workers cannot be collecting [money] on the street, it is a crime,” she decried.

CANTV is also subject to sanctions

“Last year we had great support from President Nicolás Maduro and the Vice Presidency of Public Services, to improve internet connections,” said Minister Jiménez during the interview. “We were able to expand international internet links for Venezuela. That has given us the capacity that we have at this moment,” she highlighted.

However, she reminded that CANTV has also been subject to sanctions against the country. “Technology, telecommunications and service providers (to CANTV) are sanctioned.”

In particular, she pointed out that last year, one of the companies doing business with CANTV received “an official letter from the US Treasury Office, prohibiting any relationship with any CANTV authority.”

Orinoco Tribune among those affected

Orinoco Tribune is an independent news website based in Caracas, without any relation with the Venezuelan government but has a clear Chavista and socialist stand. This website is functioning for the last two years without a landline telephone connection, in spite of several claims properly submitted to the CANTV platform.

In addition to the absence of a landline connection, Orinoco Tribune has been operating with only one-fifth (20%) of its contracted and paid internet bandwidth over the last 2 years.

The editor of Orinoco Tribune, Jesús Rodríguez-Espinoza, said, “the work that we do, we do it without demanding anything from the government or any orgaanization related to the Venezuelan government, and we do it with love and commitment, but at least one deserves some minimum support from CANTV, like providing us the service we pay for.” He added that he is in despair after not receiving proper response in two years.

“We have noticed an overall improvement in recent months in CANTV services around the country. But at Orinoco Tribune we are still waiting, and after a point of time you start getting disappointed,” he concluded.