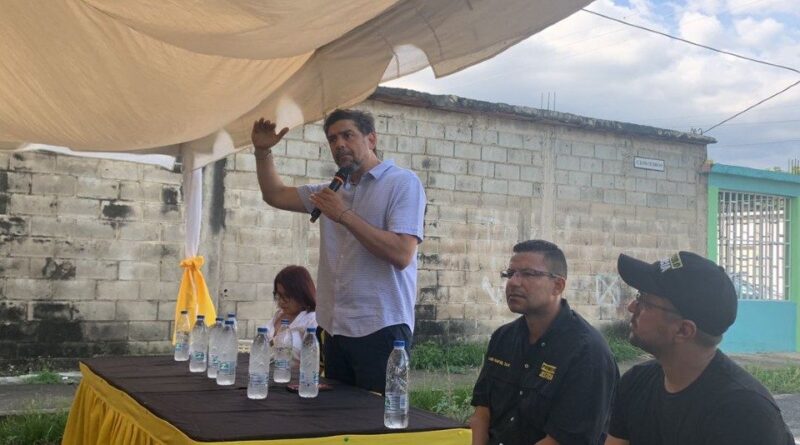 As the Venezuelan opposition continues on its campaign route towards the 2024 presidential elections, Carlos Ocariz, contender for far-right Primero Justicia party called for unity ahead of the eventual primary elections.

Ocariz called on politicians from the different opposition factions, as well as those citizens who support them, to participate in the struggle for “real change” in Venezuela.

RELATED CONTENT: Capriles Changes Position on Sanctions Ahead of 2024 Presidential Election in Venezuela

During a meeting with residents of Cagua in Aragua state, Ocariz said, “Whatever the result of the opposition primaries, we must abide by them. Whoever decides to run independently will be remembered in history as the father of scorpions. We already have a history of those who lend themselves to division.”

Opposition mistakes
During the Cagua meeting, Ocariz also spoke about the mistakes of the Venezuelan far-right. However, he also considered that there have been successes from which the opposition should build its proposals.

“I want to say that all those Venezuelans who believe in democracy as a way of life, who want progress and a change of course for Venezuela can participate in the primaries,” he remarked.

Ocariz stated that it is urgent for the Democratic Unity coalition to publish the regulations that will regulate the primaries for the 2024 presidential elections.

“We [the opposition] have to gather as much strength as possible,” said Ocariz. “We Venezuelans can do this and no red wall or mountain can stop us on the path to freedom and the rebirth of Venezuela.”