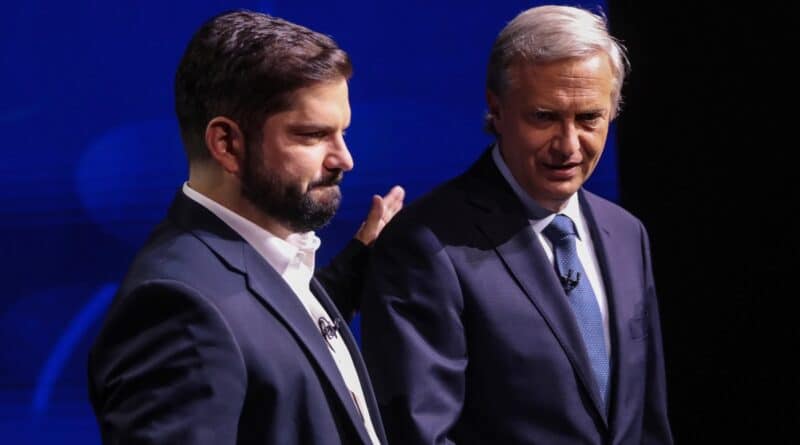 Next Sunday, December 19, the right-wing José Antonio Kast and the left-wing Gabriel Boric will contest the second round of the presidential elections in Chile.

On Monday, December 13, during the final televised debate before the vote next Sunday, the extreme-right candidate José Antonio Kast and his leftist rival, Gabriel Boric, tried to clarify their respective positions on central issues to win more votes. Kast expressed support for women’s rights. His leftist rival, however, reminded him of the opposite stance had previously taken on women’s rights and human rights.

Taxes, an important issue in Chile, were another hot topic. The leftist candidate proposed a better distribution of income, among other solutions. His far-right rival, however, alleged that Boric’s economic policies would increase inflation.

Both used all the issues raised to project themselves as the best candidate for the Palacio de la Moneda. The attacks and counterattacks did not stop until the end of the debate. The leftist candidate even recalled his rival’s appreciation for the dictator Augusto Pinochet, and the far-right leader defended his position.

The debate did not leave a clear favorite for Sebastián Piñera’s replacement. However, a recent Cadem poll gives Boric a fragile lead. The General Union of Chilean Workers, in turn, encouraged the people to vote for the leftist candidate, and warned of the danger that Kast poses to the country’s democracy.

The election is held between the candidates who received the most votes in the elections on November 21. On that date, none of the presidential candidates reached 30% of the votes.