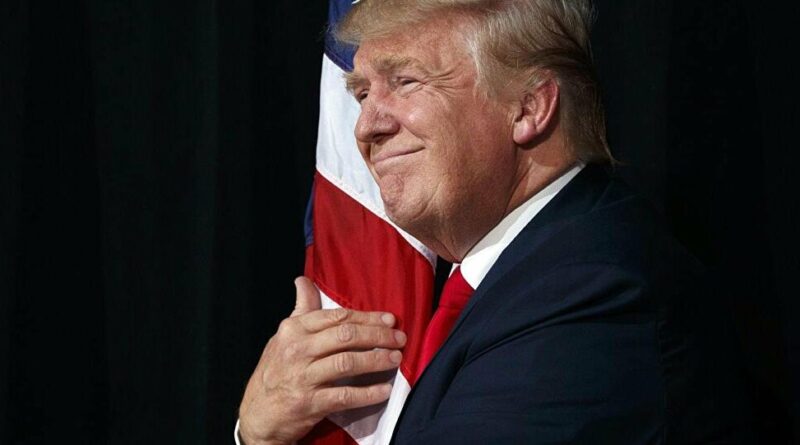 The intention of the president of the United States, Donald Trump, to impose his candidate Mauricio Claver-Carone as future president of the Inter-American Development Bank (IDB) aims to use that organization “in an extortionate way” against Latin American countries, the former foreign affairs minister and current Argentine senator Jorge Taiana told Sputnik.

The signature of Taiana, who was in charge of the Argentine Foreign Ministry between 2005 and 2010, is one of the eight included in an unpublished document in which all the holders of the Ministry of Foreign Affairs and Worship of Argentina – from 1983 to the present – rejected the US intention to break the tradition of appointing a Latin American to head the IDB.

In their statement, the Argentine foreign ministers claim the need to “uphold the historic consensus on the presidency of the IDB,” highlighting that the agreement to prevent the US, the main contributor of funds for the bank, is to prevent it to have full control of the key financial organization.

In dialogue with Sputnik, Taiana recalled that the reservation of the IDB presidency for a Latin American was an “explicit” agreement between the US and Latin America since the organization was founded in 1959. The former Argentine foreign minister pointed out that although this requirement is not in the statutes of the bank, the US president of the time, Dwight Eisenhower, expressed it at that time.

“The IDB was conceived as a bank for the region, led by a Latin American under the concept that he/she knew the region better, was going to be more respected and was going to be able to have more dialogue,” explained Taiana.

“The bank is 60 years old and had four presidents, that is, they worked well and were re-elected to several terms. All were re-elected with satisfaction and all made important contributions in infrastructure, social support and institutional development,” he remarked.

Why is Trump seeking to break the IDB tradition?
For Taiana, the US nomination of his personal adviser Mauricio Claver-Carone directly points to breaking “a custom” in relation to the IDB, even though “in international law, custom has value.”

In addition, the former foreign minister questioned the fact that Claver-Carone’s application was made “without consultation” and when the Latin American countries had their own candidates to succeed Moreno. Taiana recalled that Argentina insists on the candidacy of Gustavo Béliz and that Costa Rica promotes its former president Laura Chinchilla (2006-2010). In addition, the name of the economist Rodrigo Xavier rings out from Brazil. “There were several candidates and some strong ones but without consultation, Trump then announces that Claver-Carone would be the president of the IDB,” he said.

Beyond the questions to the unprecedented US claim, Taiana also warned about the suitability of Trump’s candidate for the Latin American body. In this regard, the Argentine described Claver-Carone as “a man from the extreme right of Miami, anchored in the 1960s of the Cold War and the fight against communism.”

“Claver-Carone is a provocateur,” Taiana summarized, according to whom the White House candidacy aims to “accentuate the subordination of Latin America to US policy”, as opposed to the process of “autonomy” that had been consolidated during the first decade and a half of the XXI century.

But in addition, Taiana believes that the candidacy also seeks “to delay the growing Chinese influence in the region.” Indeed, the former Argentine Foreign Minister recalled that China is currently the main trading partner of most Latin American countries and, furthermore, has become an important “manager of infrastructure works” for the region, traditionally lagging behind in this field.

On the other hand, China is also acting as a “financial agent” in Latin America, through swap credits that, according to the Argentine expert, “have facilitated the possibilities of reserves, trade and investments” to Argentina, Brazil and other countries in the region.

Taiana considered that, with “a tough man” from Trump at the head of the IDB, the United States will use the IDB “extortively” against Latin American countries, so that “if the countries want a loan they will have to subordinate themselves to US policies.”

The consequences of changing history
The elections for a new IDB president were originally set for September 12 and 13, 2020. However, and in view of the rejection that Claver-Carone’s appointment aroused, the governments of Mexico , Chile, Argentina, Costa Rica and representatives of the European Union requested to postpone the decision to March 2021.

The Puebla Group – a political group that brings together several progressive Latin American leaders – did the same in a statement in which it supported the postponement of the elections while “a Latin American consensus candidate” is chosen.

Taiana highlighted the level of agreement generated in Latin America regarding that breaking the Latin American tradition at the IDB will have “very bad consequences.”

“In Latin America there are differences between governments and a setback in regional integration, but there is agreement that the result of this action by the US will only bring a weakening of the IDB and a reaction from the countries, some more openly and others less,” he predicted.

The former Argentine foreign minister put on the table another problem that putting Claver-Carone at the head of the IDB could pose. “It risks that, as is probable, Trump loses the elections and we have an extremist man at the head of the IDB, distanced from the countries and who will have a very bad reception at the White House,” he explained.

For Taiana, Trump is trying “to kick over a consensus in the operation of the IDB and he is kicking it like someone who is kicking an anthill without realizing it.” In that sense, he considered that it can only be understood as “an act of force” by a government that “cares little about the relationship” with the Latin American countries.