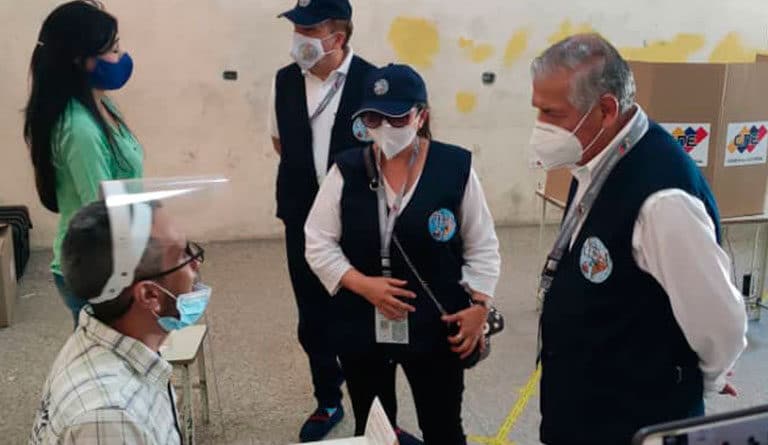 The rector of the National Electoral Council (CNE) Roberto Picón, during an interview with the television program Apunto, broadcast by a local station in the state of Zulia, reported that the CNE invited the European Union (EU), and United Nations (UN) to participate as observers in the elections of November 21.

Picón said that the five main rectors of the Electoral Power agreed that these 21N elections must be developed with broad citizen participation, numerous political actors, and greater international recognition.

“The invitations have already been issued and we are awaiting their final responses and their readiness to participate,” said Picón. “The exact terms with which the invitations were issued are a little more open: what was requested was an electoral mission without qualifying it (as observers or companions), and from these communications there have been responses that open the way for the possible assistance of the invited organizations, in this case the European Union and the United Nations, and perhaps some others.”

The rector of the CNE said that the possibility of modifying the National and International Observation Regulations is currently being studied. “We are evaluating different responses to this regulation to get as close as possible to the capabilities of the international observers that we had in 2005 and 2006 when the EU came” he said.

Roberto Picón, in addition to his position as rector with the CNE, has been politically involved with the opposition in Venezuela. In recent weeks Picón issued several complaints claiming that public state media was only promoting government candidacies. Picón announced this as a CNE initiative, but a few days later it was clarified that the “investigation” was Picón’s personal initiative.

He reported that in the coming weeks the CNE will obtain a definitive answer on the possible participation of international actors in the 21N elections.

On the other hand, the representative of the Electoral Power stressed that to date, in Venezuela the electoral schedule is advancing smoothly towards the regional and municipal elections scheduled for November.

“We have already begun to work with the Electoral Registry update, and on June 14 we also began, with 10 recognized academics in the country, the detailed audit process of the entire CNE digital platform that operates on Election Day: the voting machine, the authentication system, the transmission and counting processes, which will be reviewed for six weeks,” he said. Throughout the audit process, representatives of all political organizations are present.