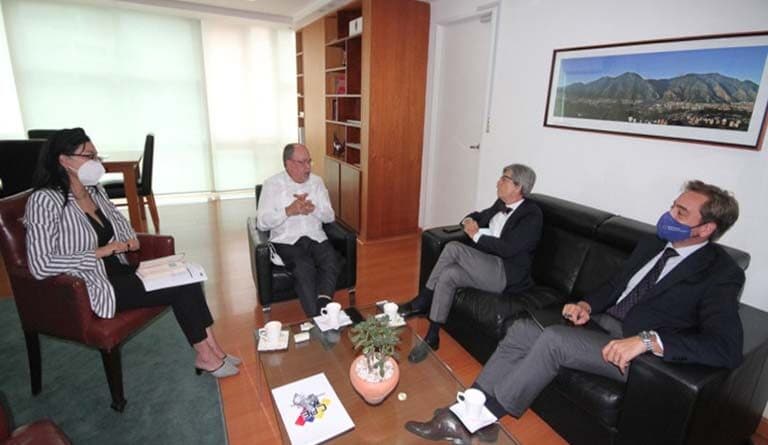 On Friday, October 15, the president of the National Electoral Council (CNE) of Venezuela, Pedro Calzadilla, met with the charge d’affaires of the European Union mission in Caracas, Rafael Dochao. Dochao was summoned by the Venezuelan national electoral body as part of the efforts to breach the impasse caused by the interventionist statements made by the EU High Representative for External Relations, Josep Borrell, on October 8.

As the CNE informed through a press release, during the meeting, Calzadilla ratified the CNE’s efforts to maintain the EU electoral observation mission, which had been formally agreed on last September. Calzadilla also expressed the CNE’s serious concern over the negative repercussions of Borrell’s statements, for which the Venezuelan electoral authority had declared its dissatisfaction.

On Thursday, October 14, the CNE held an extended session with rectors Carlos Quintero, Conrado Pérez and Leonel Párica. In that meeting the current impasse with the European Union was discussed.

During the meeting, all the attending rectors backed the efforts that Calzadilla has been carrying out and ratified his position to exhaust all efforts so that the European Union’s electoral observation mission can be deployed in Venezuela under strict adherence to the principles of impartiality and absolute respect for the sovereignty and self-determination of Venezuela.

In the meeting with the EU diplomatic representative, Calzadilla asked him to convey to Borrell the CNE’s expectation of an apology for the comments that he had made in public, which have directly affected the spirit and the principles of the electoral observation mission.

On October 8, the EU high representative had asserted that the legitimacy of the November 21 regional and municipal elections in Venezuela will be legitimized by the European electoral observation mission’s report and not by the Venezuelan electoral authorities. Since then, the CNE has requested a public apology from Borrell.