The president of the National Electoral Council (CNE), Indira Alfonzo, said that each electoral process held in our country reaffirms the peaceful and democratic will of the Venezuelan people, who have become more mature and aware of our political responsibility. This was expressed on Sunday during her participation in the TV show “Here with Ernesto Villegas”, a space for interviews conducted by the head of the Culture portfolio, Ernesto Villegas, through digital platforms and broadcasted by Venezolana de Televisión.

“Each electoral process is a bet on peace, it is a bet on stability, it is a bet to live in harmony (…) Maybe the people will give us a surprise, the people tell us again that they are a mature, educated, and aware of their political responsibility,” stressed the rector in reference to the parliamentary elections scheduled for December 6.

Alfonzo added that, like 26 other countries that have had to develop electoral processes in the midst of the pandemic, Venezuela guarantees all the sanitary and preventive conditions necessary to avoid contagion by Covid-19. “We are not doing something different from what 26 countries in the world have done, responding to social demand to comply with the exercise of political rights, in this case the right to vote,” she stressed.

On this issue, she explained that a strategic biosafety plan has been defined, in coordination with the Ministry for Health and other State entities, with the aim of implementing strategies that allow preserving the health of each actor involved in the electoral process. “Health and protection are our premises, that is why we have integrated one more audit, so each and every one of us who participate in this electoral moment, will be protected by biosecurity,” she commented.

In this sense, she specified that evaluations have already been made of the electoral infrastructure, that is, of the buildings where the voting centers operate, in order to check that the conditions are in place to preserve physical distance and air circulation.

In addition, sanitary measures have been incorporated into the traditional electoral horseshoe (protocol), which include elements such as the use of alcohol and face masks, the possible installation of disinfection booths and the placement of the identity card in a device, so that they are not touched by the poll citizen in charge of verifying the data of each voter. In addition to this, an area will be arranged where the disinfected pens will be for signing the voting notebook. 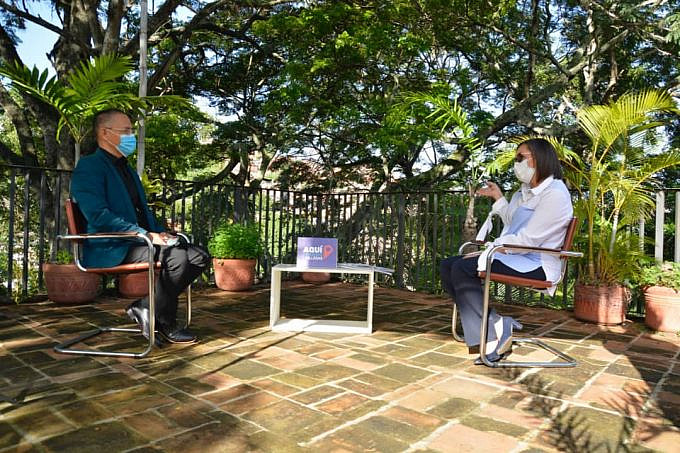 Alfonzo, who began her studies in Medicine, but whose vocation of service later made her study Law, commented that the possibility of extending the electoral process to two days is also being considered, so as not to generate crowds due to the influx of people in the centers of voting and guaranteeing that each voter can go to exercise their will. She also said that, due to the encryption of our electoral system, voting guarantees are in place in the event that the circumstances of the moment require that extension of the voting time.

Election schedule and audits
The rector said that the electoral schedule is a totally and absolutely tuned up, allowing the electoral institution to develop each of the phases that build the chain of trust so that the country’s electoral system carries out elections in optimal conditions on December 6. She explained that, as part of this schedule, the CNE carries out a total of 16 audits, before, during and after the electoral event, in which not only voters participate, but also political organizations, national observers and international companions.

In these audits, both the software and the hardware are checked, as well as the encryption system, which guarantees the premise that “for each voter there is only one vote.”

New voting machines
The president of the CNE reported that a new technology platform was acquired for these parliamentary elections, which includes an integrated system to unify the voting machine and the ballot. She explained that the purchase of these new devices had been evaluated since 2018 by the Electoral Power, however, the blockade and economic sanctions made the flow of resources for their acquisition difficult.

She also commented that the fire that occurred in one of the CNE warehouses, located in Mariche, where more than 20 thousand voting machines were burned, forced the processes to buy the new technology platform to accelerate.

she pointed out that the fire incident is still being investigated by the police authorities, since until now, the evidence indicates that it could have been provoked. She clarified that, although the pandemic has delayed the arrival of the machines, the CNE guarantees that the devices will be there in their entirety for the electoral event.

RELATED CONTENT: Venezuela is Not Intimidated by Threats from US and Colombia

Impact of gasoline shortage
Regarding the impact that the situation may generate due to the gasoline shortage in the development of this electoral event, Alfonzo said that it is a great challenge. However, she indicated that the CNE has been working in coordination with PDVSA and the Strategic Operational Command of the Bolivarian National Armed Force (Ceofanb), with the aim of launching a fuel supply plan for all the authorities that are part of the deployment in the electoral process. 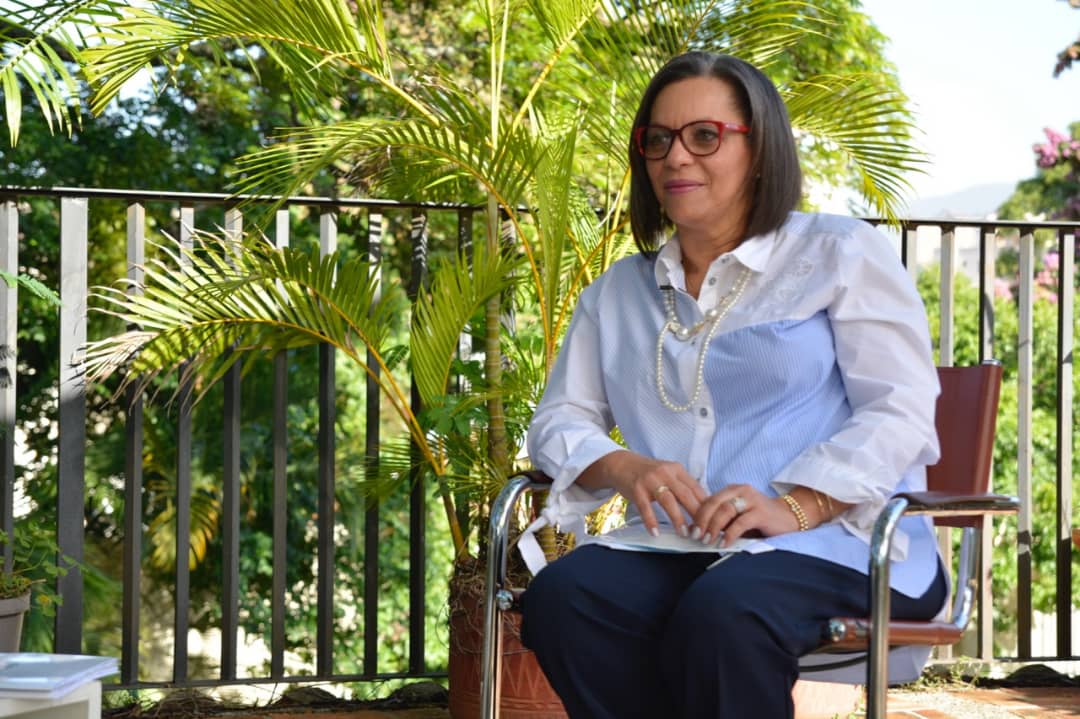 Likewise, she emphasized that they are talking with political organizations so that the institution provides them with support in terms of mobilization, which, she said, is decisive for all candidates. “We are all working to ensure that the difficulties we have are overcome with good will or the sum of wills and I believe that we are on the right track,” she added.

Relationship with the opposition
The rector described as excellent the relationship she maintains with each of the political organizations that will participate in the electoral contest, including the opposition parties. “For me, each and every one of the political organizations that have decided to participate in this event are totally and absolutely respected, considered and listened to. (…) I have a fluent conversation with them, we have exchanged suggestions,” she specified.

She dismissed allegations by some sectors of the right that try to distort these elections and stressed that 90% of the organizations with national and regional political purposes and representatives of the country’s indigenous communities — which are registered with the CNE and have been authorized to participate in this process — they are engaged in the democratic route.

Likewise, she indicated that the electoral conditions are identical and even better than in the parliamentary elections of 2015, because, although there are the same 87 electoral districts, the number of seats was increased by 67% (from 167 to 277 deputies to choose), taking into account the current demographic index, for a better balance between the list vote and the nominal vote, meaning an exponential increase of almost 1 million new voters, in the midst of a pandemic.

International community
Alfonzo asserted that the CNE has sent 75 communications to different international organizations to monitor these elections.
However, she mentioned that the legality and legitimacy of this process is not conditioned by any but by the elector himself, the political parties, the polling station members and all the social actors that make life in our nation.

“We have no doubt that this is an open-door process that can be fully accompanied internationally,” she said.
In this regard, she extended the invitation to all the Venezuelan people to go to the polls to exercise their right to vote and choose the deputies to the National Assembly for the period 2021-2026.

“It is time to choose, to consolidate a beautiful democracy, this State of justice and law. Our will must be imbued with peace, faith and hope. Being Venezuela is joy, it is being a democrat par excellence, and the CNE is Venezuela and is at the service of each and every one of you and the people have to exercise their right to give themselves the Parliament they deserve,” she added.