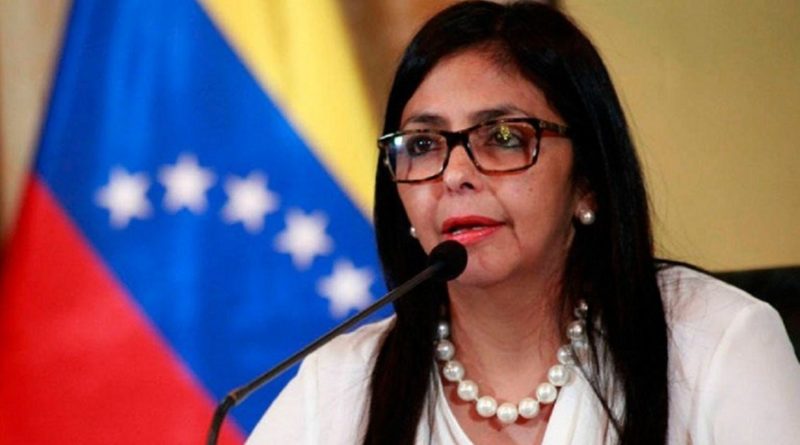 Venezuelan Vice President Delcy Rodríguez accuses the Spanish right of double standards for its support of deputy Guaidó, who is in favor of a coup in Venezuela.

In an interview broadcast by the Venezuelan television network Televen, Rodríguez accused the right-wing parties of Spain on Sunday of having “a deep double standard” for supporting Venezuela’s opposition deputy, Juan Guaidó, who “endorses a coup d’etat in Venezuela.”

“I have been able to notice many things, banality mainly. The unbearable lightness of being, I would say, expressed in the banality of the media, but also in what the Spanish right represents. I would almost say that it is a political eccentricity, because they remain in superficial fact,” she added.

She also pointed out that, according to the Penal Code of the Bolivarian country, Guaidó “is an enemy of the country for being at the service of foreign governments”, and threatening “against national interests” and against territorial integrity. In addition, she added, it serves the “failed imperial project” of the US president, Donald Trump, and is an “agent supported by foreign governments to undermine the sovereignty of Venezuela.”

She also commented that said opposition leader “has ceased to be a politician” to pursue only his own financial interests.

“It does not cease to give me a certain shock and surprise to see how Guaidó has ceased to be political and what he does is take advantage of the misappropriation of Venezuelan assets abroad,” Rodriguez charged.

Venezuelan Foreign Minister Jorge Arreaza, in a statement dated February 5, also accused Guaidó of selling his homeland for his “shameful” complicity with the US president, and accused Trump of being a “superb charlatan” who intends to dominate his country and the whole world through deception and force.

In January last year, Guaidó proclaimed himself interim president of the South American country in an attempt to dislodge the legitimate government of President Nicolás Maduro from power, but, after a year, he has not been able to achieve his goal. USA and his allies have recognized him as president of Venezuela, since Guaidó serves the interests of Trump and his friends.

The opposition leader, in an effort to get help to overthrow Maduro and violating the ban on leaving the country lodged against him, traveled to the United States and some western countries that recognize him as “president in charge”, and on January 5 he was received in the White House by Trump, who has so far shown his full support for the opposition and has promised to “crush” Maduro.