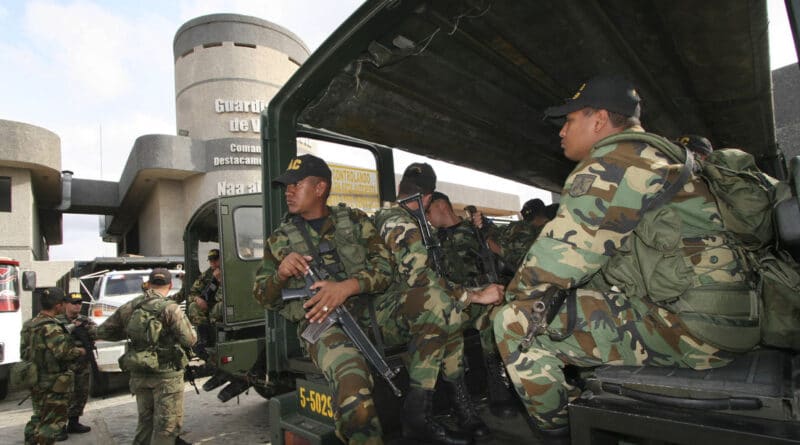 The influential leader of Chavismo pointed directly at the Colombian president, Iván Duque, whom he called “sub-president,” as being behind these events.

The influential leader of Chavismo and former army officer, Diosdado Cabello, accused the Colombian government on Tuesday, September 22, of allegedly being behind the death of four Venezuelan military officers who perished after an engagement last weekend in a border area.

“We have no doubt that the Colombian government is behind all this, the Colombian intelligence,” Cabello said at a press conference when asked about the operation, which Venezuela reported on Sunday through a statement from the National Armed Forces. Bolivariana (FANB).

The president of the National Constituent Assembly (ANC) stressed that the FANB is deployed throughout the territory under “precise instructions” from President Nicolás Maduro to “defend” national sovereignty.

“We have no doubt, that this comes from the Colombian government that has openly said the Venezuelan government must be changed,” he insisted.

Cabello directly accused the Colombian president, Iván Duque, whom he called “sub-president” as millions of Colombians do, of being behind this incident.

“We have precise information that part of the instructions given by Mr. Pompeo, to the lackeys close to us, is to generate violence in our country, to bring violence from Colombia to Venezuela,” he said.

“We are not going to allow war from Colombia, we do not want it here, that is a problem for the Colombians (…) they have wanted to export their war to Venezuela, as they export the cocaine from Colombia that they take to the whole world,” Cabello added.

Four Venezuelan military officers died in combat with an illegal Colombian group that has not been identified and three encampments were “neutralized,” according to information provided by the FANB.

The camps were located in various sectors of the José Antonio Páez municipality in Apure state, on the border with Colombia and “from where organized crime groups that engaged in kidnapping, extortion, drug trafficking and other illicit activities operated,” the statement says.

The report, signed by Defense Minister Vladimir Padrino, does not specify which group took part or whether the dead members of a Colombian band, but local Colombian media reported at least 15 died in the confrontation. Colombia immediately pointed at former FARC groups wthout providing much evidence. Colombia is plagued by armed groups, most of them belonging to paramilitary organizations, others to active leftist guerrilla like ELN or FARC.

This same week US secretary of State, Mike Pompeo, organized an improvised and last minute tour to countries surrounding Venezuela with the main goal of propagandizing and pushing the failed regime change operation promoted by Washington since January 2019. The US and Colombia held the Anaconda military drill in the northern Colombian department of Atlantico, configuring a clear move forward towards what many analyst call the “October surprise” that is no other than the use of military force to try to oust President Nicolas Maduro and Chavismo in Venezuela.