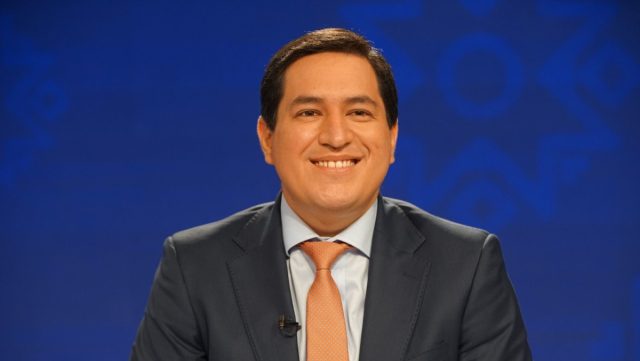 MEXICO CITY, Dec 20 2021 (IPS) – In a ceremony in early October, the president of Ecuador and my opponent in the presidential elections, Guillermo Lasso, issued a warning to those “daring who seek to scrutinize” his assets. He was referring to the Pandora Papers published by the International Consortium of Investigative Journalists (ICIJ), which revealed how dozens of world leaders – including Lasso – hid billions of dollars to avoid paying taxes.

His threatening words were directed primarily at me, because of my knowledge of the offshore underworld and my determination to investigate him despite receiving death threats.

In 2017, Ecuador approved an anti-corruption law prohibiting public servants from holding assets in tax havens, directly or indirectly. This term was there to avoid the use of opaque and complex financial structures like trusts, foundations or partnerships. Last year I formally challenged Lasso’s candidacy for that reason, but he then signed an affidavit in which he claimed not to have properties in tax havens and the electoral commission agreed with him.

That led me to drop this issue and when I lost the election in February, I even gave a concession speech and spoke by phone to congratulate him. He offered me to put an end to the political persecution against progressives that former president Lenín Moreno had started.

However, the Pandora Papers revealed that Lasso had in fact transferred shares in limited liability companies representing 130 Florida properties from Panama to two trusts in the state of South Dakota. Lasso also recognised the existence of 14 entities that had been hidden from the Ecuadorian tax authorities.

Lasso denied having ties to these entities before assuming the presidency, including Banco Banisi in Panama. However, an investigation by the Latindadd organisation revealed that Lasso, a day before signing the affidavit, transferred his shares from Banco Banisi to the Banisi International Foundation, a new private interest foundation where his children are nominal beneficiaries but without any decision-making powers.

After the Pandora Papers were released, a large majority in parliament ordered an investigation. Official institutions cooperated little or nothing, claiming that it is confidential information while Lasso refused to attend the hearings. When the parliamentary commission approved the report linking Lasso to tax havens, his government immediately attacked the commission, and the Prosecutor’s Office launched a criminal investigation against the parliamentarians.

Soon afterwards, I started receiving threats and intimidation, not for having been a presidential candidate, but for insisting in investigating Lasso and speaking in the media about this case as an economic expert in offshore banking. Government supporters then launched coordinated troll attacks on social media, spreading false news about me, death threats, and insults.

A member of parliament linked to Lasso accused me of money laundering based on a false meme widely disseminated on social media. And criminal investigations were launched against me based on false news, also involving my retired parents and all former progressive candidates. Dozens of national and international civil society organisations, including the Financial Transparency Coalition, published a statement of support which I deeply appreciate.

But unfortunately, nothing has changed.

On December 8, the Comptroller General concluded that Lasso had no offshore interests since it did not consider South Dakota a tax haven, despite being widely recognised for this. But the blockade of the investigation against Lasso did not end there. That same day, a majority of the National Assembly of Ecuador decided not to impeach the president, referring their investigation to other state institutions, but asked him to go to parliament and give an explanation, which he refused to do.

Ironically, Lasso – along with the presidents of other countries such as Kenya and Chile, whose leaders were also revealed in the Pandora Papers to have hidden assets in tax havens – was invited to the recent ‘Summit for Democracy’ organised by the United States. During the summit the creation of a beneficial ownership registry was announced, including for South Dakota trusts, as well as anti-fraud measures on real estate which could impact Lasso, but it’s still uncertain whether these commitments by the US and other countries will become reality.

In total, $7 trillion is hidden in secret jurisdictions and tax havens, equivalent to 10% of global revenues, according to the UN High-Level Panel on International Financial Accountability, Transparency and Integrity. Meantime especially developing countries are fighting the resurgent Covid-19 pandemic and its economic impacts, struggling to provide basic social protection to its citizens and purchase vaccines.

So clearly the problem of tax evasion and financial opacity, and money being funneled by powerful individuals to tax havens, is an issue that not only affects my country, but affects everyone. Fighting for financial transparency is a fight for truth and social justice that we cannot afford to give up.

Andrés Arauz is an Ecuadorian economist and candidate for President in the 2021 elections, currently based in Mexico City where he is a Doctoral Fellow at the National Autonomous University of Mexico, UNAM.