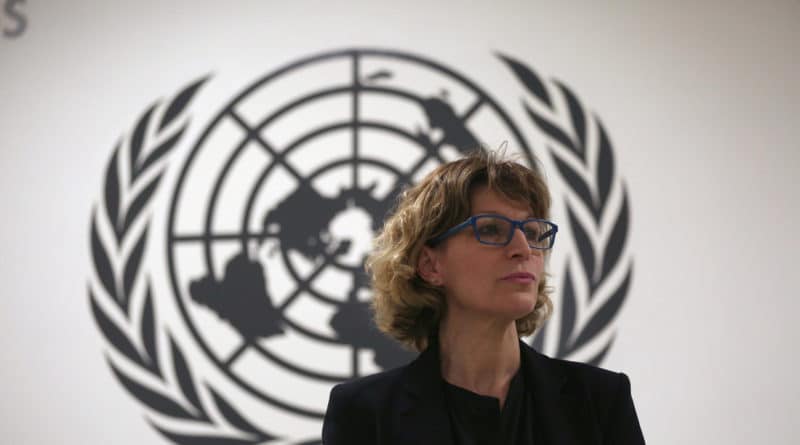 A drone attack launched by the United States in Baghdad (Iraq) on January 3rd, killed the influential Iranian general Qassem Soleimani and nine others.

The drone attack launched by the United States in Baghdad (Iraq) on January 3 that ended the life of the influential Iranian general Qassem Soleimani and nine other people represents a violation of international law, the UN special rapporteur for Extrajudicial Executions, Agnes Callamard, said on Monday.

“Major General Soleimani was in charge of Iran’s strategy and military actions in Syria and Iraq. But in the absence of a real imminent threat to life, the course of action taken by the United States was illegal,” wrote Callamard in a report cited by Reuters.

According to the expert, this is the first known case in history in which a nation invokes self-defense as a justification for launching an attack against a high-ranking government official on the territory of a third country during an official visit.

However, the US has not provided sufficient evidence to demonstrate that there was an imminent or ongoing threat against its national interests to justify such an attack, she added.

According to Callamard, who will present her report to the Human Rights Council next Thursday, with this attack the US government violated the United Nations Charter, while “the international community, voluntarily or not, is largely silent.”

How did Soleimani die?
On January 3, several drone-launched missiles struck Baghdad International Airport, killing 10 people, including Iranian Major General Qassem Soleimani. A few hours later, the Pentagon took responsibility for the attack and announced that “the United States will continue to take all necessary measures to protect its people and its interests anywhere in the world.”

However, some people and entities denounced the intelligence data presented by the White House because it does not demonstrate that the Iranian general represented an imminent threat to the United States.

Soleimani was a key figure in directing the Persian country’s military actions in the region. He was the head of the Iranian intelligence services and, thanks to his numerous merits, enjoyed great popularity among Iranians.

For his part, Iranian Foreign Minister Mohammad Javad Zarif called the US attack an “act of international terrorism” and warned that such “extremely dangerous” action will have consequences for the US.