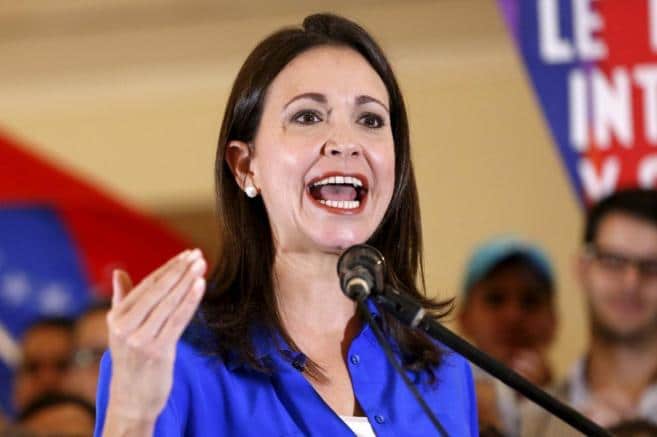 Faced with the announcement of former deputy Juan Guaidó’s clan and the fake National Assembly that Washington uses to provide some legitimacy to its actions, the Vente Venezuela party, led by María Corina Machado, rejected the recent steps to renew the “interim government” and announced that it will not support them in this new stage.

It should be remembered that next January 5 is the date that the US-led extreme opposition politicians consider as the deadline for the renewal of the pseudo-parliament that supports Guaidó, following the directions of the US government —despite countless corruption scandals that have forced many original actors to step down from their positions.

For this reason, the former deputy and his allies held a session of the so-called “delegated commission” in which they approved the extension of the self-proclaimed mandate which has the support of the Biden administration, European countries, and a diminishing number of Latin American countries, currently including Brazil, Colombia, and Ecuador.

In this sense, Vente Venezuela‘s argument for distancing itself from Guaidó’s proposal is that the path of the fake interim government “was exhausted and lost the only objective it had: to carry out the liberation of Venezuela”—a euphemism for the overthrow of Maduro’s government.

María Corona Machado’s Vente Venezuela announces its decision of not supporting the continuity of the fake and failed Guaido’s “interim government” while its payroll reacts on social media platforms in despair! https://t.co/24d60nJudx

Separate paths
For months the far-right politician María Corina Machado has expressed her disagreement with the performance of Juan Guaidó. However, she claimed to have been one of the first promoters of an interim government to confront President Nicolás Maduro.

However, as time went by, the opposition politician declared that Guaidó had a great historical opportunity that he was unable to take advantage of, despite the fact that it had the backing of political parties and forces of the international extreme right.

In Machado’s opinion, the interim government was destroyed by the wrongful maneuvers of the interim leader himself (Guaidó), which is why she has described that stage as a tragedy for those who oppose the legitimate Chavista government.

However, even in her most recent pronouncements, María Machado reiterates her position of asking for foreign support and even direct foreign intervention to remove the elected Venezuelan head of state by unconstitutional means. She also supports the blockade and “sanctions” against the Venezuelan people.