The announcements were made during a meeting held at Miraflores Palace in Caracas, in the framework of the National Council of Economy, with the participation of all the representatives of the country’s public and private financial institutions, and the Central Bank of Venezuela, among other state agencies.

“We have been amalgamating the institutions,” President Maduro said. The initiatives were described as “a set of public policies, actions and initiatives, to get ahead in the midst of the economic shock suffered in the last five years, at least.”

Regular financial credit activity, by public and private banking, has been severely hampered since 2018, when coercive economic measures imposed by the US and its allies began to impact millions of Venezuelans, along with the hyperinflation that came with the blockade. In December 2021 Venezuela managed to interrupt the hyperinflationary cycle, registering twelve months in a row with inflation below 50%. 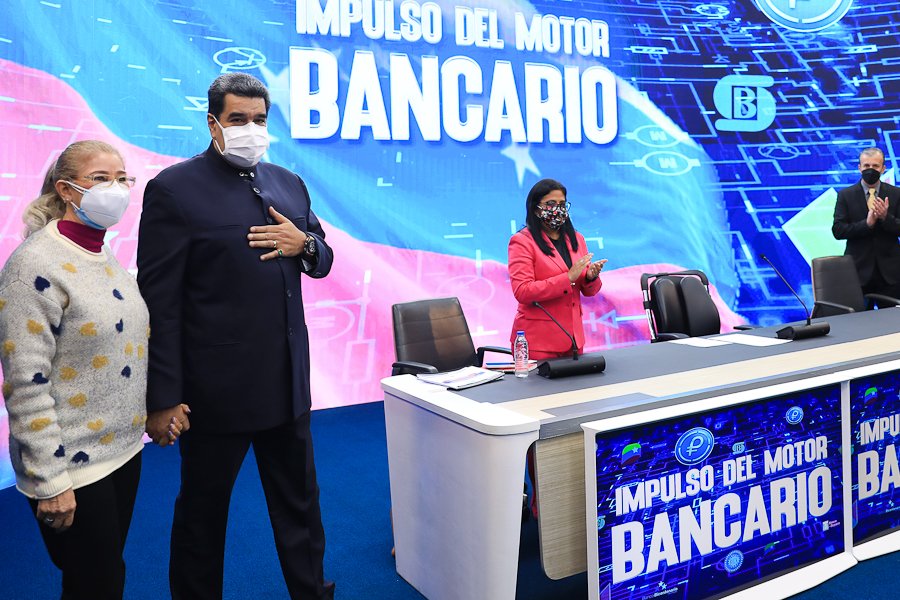 Among the announcements made by the head of state was the reduction of the legal banking reserve, from 85% to 73%, a short-term measure that was decided at the request of bank representatives, and that will have an impact on credit activity.

Likewise, the Venezuelan government authorized banks that wish to use 10% of their foreign currency portfolio to expand the credit base for financing businessmen and entrepreneurs.

The president also reported the activation, with a seed capital of 46 million bolívars (approximately $10 million USD), of the new National Entrepreneurship Fund. Likewise, he announced the designation of engineer Maryuri Bargiella as president of the new agency.

Economic offensive
On the other hand, the head of state reiterated Venezuela’s denunciation of the the international banking system’s immoral use of economic means to harm the Venezuelan people, in complicity with the US and EU blockade.

President Maduro recalled the catastrophic damage done to Venezuela, mainly during years 2019 and 2020, by illegal sanctions imposed by the US, Canada, and the European Union. However, he reiterated that 2021 was a year of good news, with the modest but significant growth of the productive and real economy in Venezuela.

Maduro also insisted on facilitating direct access to credit. “We are going to make a set of decisions, in the dialogue process that has already advanced,” President Maduro said. “I have asked the vice president and the entire economic team to act promptly.”

For this reason, the president called for expanding financial options so that funding reaches the necessary sectors, generating a positive impact on the productive capacities of the nation.

In the same way, he highlighted the priority of recovering the wages of the workers, hand in hand with the promotion of an economy that fulfills the basic needs of the people, without anyone being left behind. 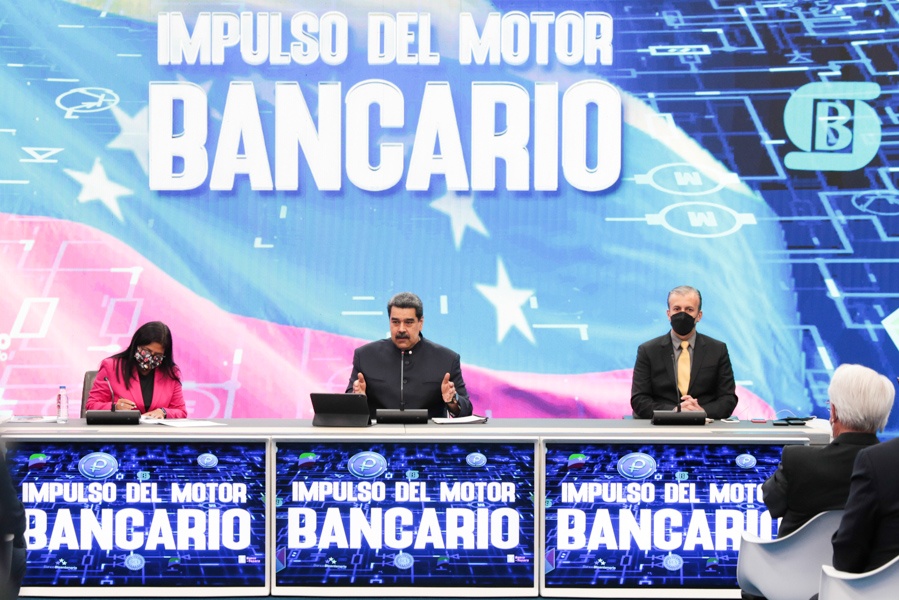 RELATED CONTENT: President Maduro: ‘In 2022 the Economy will Focus on Boosting Trade’

Financial commitment
In the meeting, Nicolás Maduro recalled that one of the primary targets of the illegal economic warfare against the Venezuelan economy are bondholders. In that sense, he guaranteed that the Venezuelan state is ready to honor its commitments with those investors.

In this regard, he asserted that the Venezuelan government has a plan and a proposals to respond to the Venezuela’s obligations in the international financial system, faced with attempts by the US to prevent resolution.

“If all financial and monetary sanctions against Venezuela were lifted, the country would respond the next day,” President Maduro said. “We have a solid proposal.”

Other initiatives
For her part, the Executive Vice President of Venezuela, Delcy Rodríguez, explained that in the meetings with the banks, they delved into proposals related to the legal reserve—proposals which arose from the private banking sector itself.

She also mentioned that more options will be opened to present new credit plans, in addition to the consolidation of the national currency, also through digital media.

In addition, the vice president mentioned an easing of requirements for new bank accounts holding up to 1,000 bolívars (approximately $220 USD).

She explained that the use of 10% of the foreign currency that national banks have will open up the equivalent of $74 million to provide credit for productive endeavors.

In addition, President Nicolás Maduro proposed a security instrument, Valoren, to representatives of the national banking system. This financial instrument would permit entrepreneurs to receive financing for up to one year through the stock exchange.