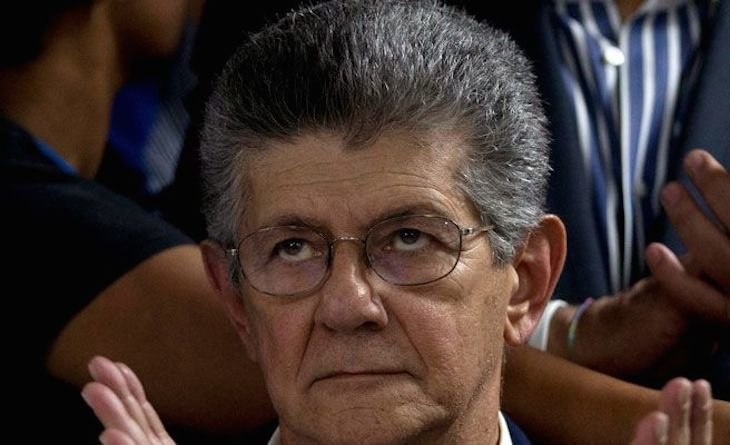 Henry Ramos Allup, leader of Democratic Action (AD) party, has labeled certain sectors of the Venezuelan far right as “petty” and “irresponsible,” claiming that their actions have caused the decline of anti-Chavismo.

During a meeting of AD, Ramos Allup stated that it is necessary for the right wing to tell the truth, that a greater part of the tragic situation in which the Venezuelan opposition finds itself today is the result of the irresponsibility of the opposition leadership itself. However, he refrained from criticizing himself and his own actions, as if he was not an important figure of the far-right opposition.

“Some opposition organizations have been petty and irresponsible enough not to commit to selecting a candidate through primaries, because the candidate who would win the support of the masses would be the Democratic Action candidate,” said Ramos Allup.

He also condemned the opposition groups that have allegedly worked in favor of the Nicolás Maduro government, since they have been questioning the primaries in the run-up to the 2024 presidential elections.

Politics or revenge?
Despite the harsh attacks that Ramos Allup has launched against his former collaborators, he also claimed that these accusations are not intended to harm those who, in his opinion, are responsible for the opposition going from failure to failure.

However, he criticised the fact that in 2017 “there were petty opposition organizations that did not want to choose the candidate through primary elections.”

Henry Ramos Allup insisted on making it clear that the selection process for the opposition candidate for the 2024 presidential elections will not be directed by the National Electoral Council (CNE), but by an electoral commission appointed by the far-right itself.

It should be taken into account here that Ramos Allup himself aspires to be the AD candidate for the presidential primaries, although there have been conflicting claims from within the party itself, with the party secretary Carlos Prosperi also projected as possible candidate.