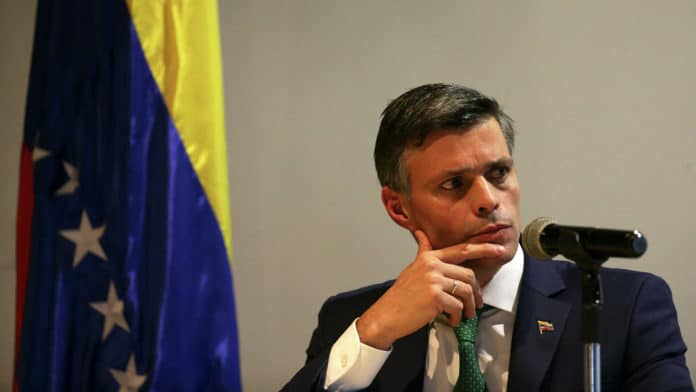 Spain’s Minister for Foreign Affairs, EU and Cooperation, Arancha González Laya, confirmed that Spain has already received the formal request for the extradition of the Venezuelan fugitive from justice, Leopoldo López.

Without providing any further explanation regarding the expected response to the request, the Spanish minister stated that they would “follow the procedure as usual,” Europa Press agency reported.

On May 11, the Venezuelan Supreme Court of Justice (TSJ) authorized a request to be issued to the government of Spain for the extradition of the ultra-rightist and opposition leader Leopoldo López Mendoza.

The extradition is requested for López to fulfill the remainder of his prison sentence in Venezuelan territory: eight years, six months, 25 days.

In 2015, the leader of the terrorist organization Popular Will was convicted for crimes of public instigation, criminal association, property damage and arson, largely related to his responsibility for the deaths in Venezuela during 2014, when López promoted the violent La Salida (the exit) protests.

However, if on the contrary, the request is accepted, it will go on to the National Court, which will determine whether it is valid or not. If the extradition is endorsed, the last word will rest with the Executive, Prime Minister Pedro Sánchez.

Complicity with Spain’s authorities
López obtained the benefit of house arrest in Venezuela, from which he escaped on April 30, 2019. He then led, alongside former deputy Juan Guaidó, a failed coup to overthrow President Nicolás Maduro.

RELATED CONTENT: Who Protects the Identified Murderer of Orlando Figuera?

At that time, to escape Venezuelan justice, he took refuge in the Embassy of Spain, from where he fled to the European nation a few months later. In Spain, López leads a life of luxury and continues to direct conspiracies to overthrow Venezuela’s legitimate government.

Venezuelan authorities have repeatedly denounced the Spanish authorities for acting in complicity with the extreme right to help López flee the country.

Low expectations among Chavistas
In July 2019, the Venezuelan Supreme Court admitted another extradition request for Enzo Franchini Oliveros, a Venezuelan right-wing demonstrator accused of burning Orlando Figuera alive. Figuera was a young Venezuelan, 21 years of age, who happened to be in the wrong place (Chacao) at the wrong time, and looked like a Chavista (i.e. he was dark-skinned). As a result, Figuera was beaten, stabbed, doused with gasoline and lit on fire by anti-Maduro demonstrators in the upscale neighborhood in May, 2017. He died a few days later as a result of his wounds.

Despite a long dossier with multiple recorded elements demonstration Franchini’s guilt, and the fact that the extradition cleared the first stage of Spain’s Criminal Chamber of the National High Court in June 2020, the Spanish justice system finally decided to deny the extradition request in October 2020, arguing “human rights” concerns—not Figuera’s but Franchini’s.

Thus, many Chavistas in Venezuela do not expect a positive outcome from the justice system in Spain. In López’s case the situation is aggravated by his open ties with the political establishment in Spain, from Prime Minister Sánchez to the extreme-right authorities of Madrid.