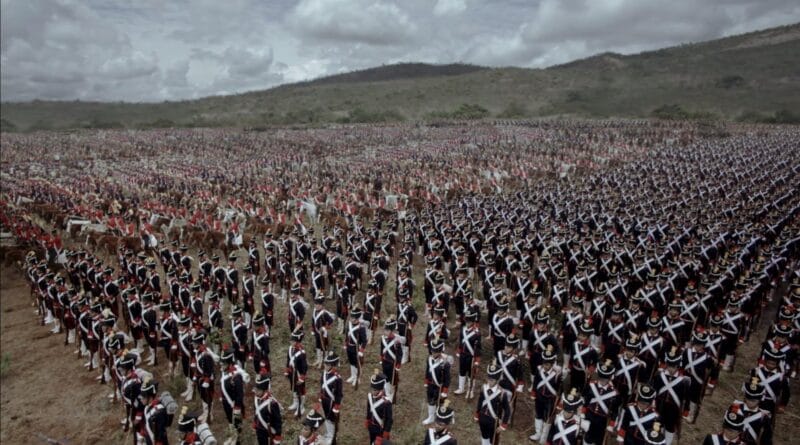 Speakers at the Carabobo Twenty-First Century International Forum: The Challenges of Independence, organized by Simón Bolívar Study Center, made a call to increase the visibility of those often-forgotten social sectors that fought and even gave their lives during the independence processes of Latin America.

This call was made by the Presidential Commission for the Commemoration of the Bicentennial of the Independence, via the Simón Bolívar Study Center’s social media accounts.

The Carabobo Twenty-First Century International Forum: The Challenges of Independence, held virtually due to the pandemic, was sponsored by the National History Center, the General Archive of the Nation, and the History, Memory and Heritage Network. These institutions and social organizations are all dedicated to the study of history on a national and international level.

The first presentation of the forum, entitled “Thinking the Independence Processes of Our America on a note of Decolonization,” was given by Argentinian professor Carina Paola Murúa.

Murúa shared her ideas regarding one of the key axes of the Forum, related to increasing the visibility of some of the most vulnerable sectors of the society that had participated in the independence processes, but whose contributions, nevertheless, have been made invisible in the discourse of the official historiography and pedagogies of the Americas.

The professor explained that, from the time of the conquest, as mentioned by Aníbal Quijano and other authors, “the concept of race was invented—obviously a non-existent concept prior to this—but which gave a legal, institutional and moral framework to the marginalization of certain sectors of the society, precisely because of the color of their skin.”

Murúa stated that in Argentina “we have a strong presence of enslaved African peoples, brought to the country through the transatlantic slave trade over several centuries, and these people have shaped our society through a process of syncretism but themselves suffer a marked racial stigmatization.”

She argued that “through this racial stigmatization against the poorest sectors of the society, which is also intertwined with gender representations, obviously women, the gaucho sectors and the blacks were bound to be oppressed and practically erased in the histories of independence.”

In this regard, Murúa alluded to a school manual from the 1940’s, Geography and Atlas, as an example. ”We know that positivist sciences have fragmented disciplines and geography was not an exception,” Murúa explained. ”We can see a very strong colonial imprint, the more so for 1821, when the Carabobo Campaign was carried out; but also now, when a whole series of struggles for emancipation is taking place in the whole of South America.”

Murúa emphasized that ”it is essential for us to begin to decolonize the histories of our peoples. This implies a recognition—saying the names of those groups that have been historically invisibilized, as well as a making them visible. These are all very important aspects of the decolonization process.”

In his presentation, “The Battle of Carabobo and its Interaction with the Present,” Venezuelan researcher Manuel Bolívar Tovar highlighted that Commander Hugo Chávez ”urged us in thought and in a reflective methodology, to visualize the present without ceasing to see the past, and in visualizing the present without forgetting the future.”

“Chávez urged us to see where we come from, where we are and where we are going,” continued Bolívar Tovar. ”In synthesis, Hugo Chávez was the one who made visible what was invisible, he who embodies our insurgent history inspires us through the Constitution of the Bolivarian Republic of Venezuela, in the context of a participatory and protagonist democracy.”

Bolívar added that we are far from what could be considered a representative democracy, the same one that undoubtedly ”made us lose our way, for a moment, detach ourselves from what is true history.”

”It led us,” remarked Bolívar, ”not to see our potential, our idiosyncracies, because of an exogenous methodology that responded to Eurocentric, neocolonialist interests, which did not originate from our Bolivarian inspiration.”

Bolívar added that this is where participatory and protagonist democracy becomes important ”in giving us today the priority of embodying our endogenous models, in visualizing and truly delving into our potentiality.”

The Battle of Carabobo “inspires us to be there on June 24, 1821, but it also leads us to take a look at its outcomes, to the post-battle scene, and for this we must comprehensively contemplate economic and political aspects, social and, of course, military ones,” he emphasized.

Venezuelan author Gabriel Jiménez Emán, winner of the National Prize for Culture, in his presentation “The Fictionalization of the Feat of Independence in Venezuelan Literature,” described the literary resources used by some Venezuelan authors of novels to narrate the national history.

He pointed out that it was necessary to wait until 1931, when Arturo Uslar Pietri published Las lanzas coloradas, for the application of avant-garde procedures used in the narration of military events and battles led by great heroic figures, to displace their focal point of view and direct it towards common people.

”The common people,” continued Jiménez, ”that is, towards peons and peasants; towards those who are alluded in traditional narrative theory as ‘secondary characters,’ by means of agile dialogues, daring descriptions and an arsenal of suggestive images.” Instead of recurring to the usual descriptions of grand landscapes and great heroes while relating a battle, Uslar emphasized on using dialogues, especially the conversations of the men in the battlefield, detailed Jiménez.