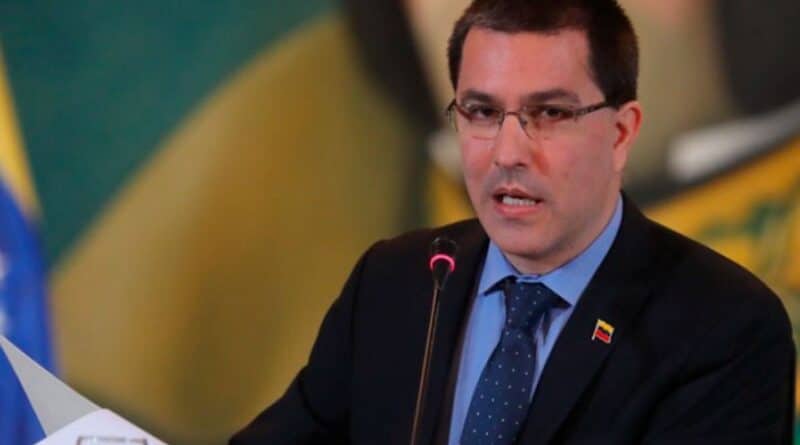 This Wednesday the Venezuelan Foreign Minister, Jorge Arreaza, rejected the decision delivered by members of the Embassy of the United States government (USA), who protect corruption and plans to dismantle the oil industry.

This was reported by the diplomat through his account on the social media network Twitter. Arreaza said that the government of Donald Trump manipulated the economic development of Venezuelans, and repudiated these acts of corruption against the country.

“In its anti-Venezuelan obsession, the dying Trump government makes an unusual decision, which can only be the result of imperial barbarism. They protect corruption and plans to dismantle our oil industry. They have turned the US into a global shame. ”

.@jaarreaza: In its anti-Venezuelan obsession, the agonizing Trump government makes an unusual decision, which can only be the result of imperial barbarism; they cover up corruption and plans to dismantle our oil industry, they have turned the US into the world's shame. pic.twitter.com/kTWTKo6WzQ

These statements were made in connection with a message published by the United States fake embassy in Bogota, assuring that they have sanctioned “the members of the illegitimate Maduro regime who unfairly tried and condemned the six CITGO executives in Venezuela. The reports of the proceedings are only a theater for Maduro’s political purposes, it is not justice,” the US virtual embassy added. Of course the false embassy failed to mention that the six Venezuelan diplomats were put in jail for negotiating, without Presidential authorization, a loan for CITGO, offering the company itself as collateral, and thereby risking assets that belong to all Venezuelans.

RELATED CONTENT: Guaidó does it Again: The Deputy Has Proclaimed Himself One More Time (With AD Dissenting Vote)

Likewise, the United States sanctioned the Venezuelan judge Lorena Carolina Cornilles Ruíz and the prosecutor Ramón Antonio Torres Espinoza, who presided over and processed the trial and sentence this November of the six Venezuelan CITGO executives imprisoned in 2017, AVN reported.

Those highest in the US hierarchy have portrayed the sentencing as a case against US citizens when in reality the CITGO six are all Venezuelan citizens. Washington also have tried to portray the case as a political one, when in reality none of the executives are political activists or operators, they all were part of the PDVSA technocracy.