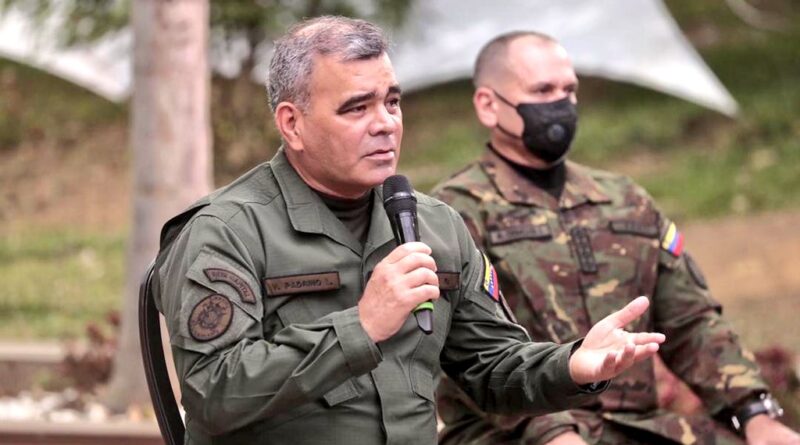 President Nicolás Maduro assured in a speech this Sunday, April 11, that “Venezuelan military engineers have begun work demining the territory of Apure (state bordering Colombia), where they have brought the dirty war to us in Colombia.” He also reiterated that there are “irregular armed groups, disguised as guerrillas, but who serve the drug gangs of Iván Duque and Álvaro Uribe Vélez.” With all of them there will be “zero tolerance,” he warned once again.

For their part, Chief General Vladimir Padrino López, Minister of Defense, and Chief Admiral Remigio Ceballos, CEOFANB commander, offered a briefing on the installation of the Special Temporary Comprehensive Defense Operational Zone in the municipalities of Apure, José Antonio Páez, Muñoz and Rómulo Gallegos, created to protect the sovereignty of the nation against attacks by Colombian paramilitary groups on the border.

Padrino assured that they have kept in contact with the peasants in the sectors of La Victoria, in order to maintain an atmosphere of calm, while remaining on alert. Likewise, he announced a general cleanup of debris left by terrorist attacks, the product of mine explosions and devices placed by criminal groups from Colombia. He also reported that all military intelligence work is being maintained to “capture and neutralize those who refuse to leave the territory.”

Advances
Admiral Remigio Ceballos announced that the Light Brigade for Comprehensive Rapid Action has been activated. It allows greater day and night mobility in activities related to the defense of the border territory from paramilitary cells and drug trafficking.

“We have dismantled several camps and confiscated almost a ton of narcotics,” reported the chief of the Strategic Operational Command of the Armed Force (CEOFANB). Ceballos also reported:

• Four disabled aircraft, of which two were neutralized and two destroyed
• 43 detainees
• Confiscations of weapons and explosives
• 26 antipersonnel mines identified, and in the process of being destroyed

In this manner Ceballos assured that the military forces will continue to act in the border municipalities of the Apure state to keep and protect the peace and guarantee the human rights of Apure’s residents.

“We do not accept the presence of any paramilitary, whatever their characteristics are. We are sending more troops and working 24 hours a day to guarantee peace and tranquility, in addition to comprehensive support between government and military authorities,” Ceballos added.