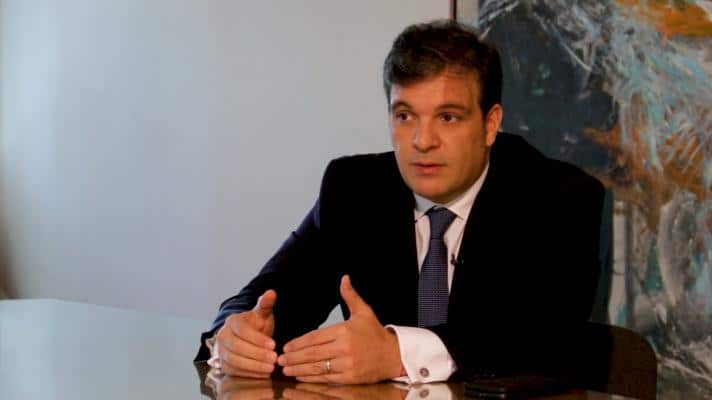 The president of the ultra conservative Fedecámaras business federation, Ricardo Cusanno, has declared that the coercive and unilateral measures imposed by the US government and its satellite countries against Venezuela adversely affect the Venezuelan private sector.

Despite the claim of the blockade-promoters that the blockade “would not affect the operations of the private sector,…the highest representative of Fedecámaras has now admitted that this is not entirely true,” highlighted the Samuel Robinson Institute for Original Thought in its daily report on Friday, February 12.

Cusanno said the so-called “sanctions” make it difficult for companies to import goods, force suppliers to abandon Venezuelan customers, and increase the cost of financial transactions.

“Things get more complex, and that complexity turns into higher costs,” Cusanno said. “For example, suppliers who simply do not understand the complexity of Venezuela, despite the fact that they have historically been suppliers, tell you ‘we cannot go (to Venezuela) anymore’,” reported Reuters.

Based on a recent report prepared by the US Government Accountability Office (GAO), the Samuel Robinson Institute underscored:

Business leaders say that, in practice, transactions related to Venezuela are often perceived as so risky that business partners sometimes terminate supply agreements or reject purchase requests for fear of sanctions.

The overreach in the application of sanctions overrides and has rendered useless the so-called “exemptions” and “licenses” that the US government has published, authorizing operations in various areas for “humanitarian” reasons.

Cusanno has admitted that acquiring equipment for the electricity industry, for example, is complicated because Venezuela’s electricity sector is controlled by the State, which means that “suppliers fear being linked to the Maduro government,” and consequently being sanctioned.

In addition, the Samuel Robinson Institute reviewed why this fact is important:

Fedecámaras, with a history of open conflict with Chavismo, was a key player in the 2002 coup, in the 2002 and 2003 employers’ strikes, and has been a major party in the economic war since 2013. The association also complied with the US blockade to protect the interests of their associates after the sanctions were formally executed during Trump’s administration.

Now they are recalibrating their position in the narrative, based on the fact that sanctions and blockades not only affects them, but has also failed in their essential objective—the dismantling of the State.

In the long run, Fedecámaras recognizes the risks of the perpetuity of the blockade and its possible ineffectiveness. “The risk is that we end up being a country that is sanctioned for decades and political change never happens,” Cusanno said.

The endurance strategy of Chavismo, which has surpassed all initial prognosis in the framework of the implementation of the sanctions, has thrown out of the center of political gravity many factors associated with the operations to suffocate Venezuela, in both political and economic spheres.

In Venezuela, more and more opposition parties and leaders are adopting positions against the blockade. Now Fedecámaras joins them, denouncing the adverse effects. These are unequivocal signs of fracture of the consensus around sanctions among internal factions.

Reservations about sanctions are becoming increasingly palpable outside the country also, through increasingly active spokespersons in the United Nations, the European Union and even in the United States, where the recent statement of the Senator from the state of Virginia, Richard Black, deserves mention, who suggested ending the blockade and “leaving Venezuela in peace.”