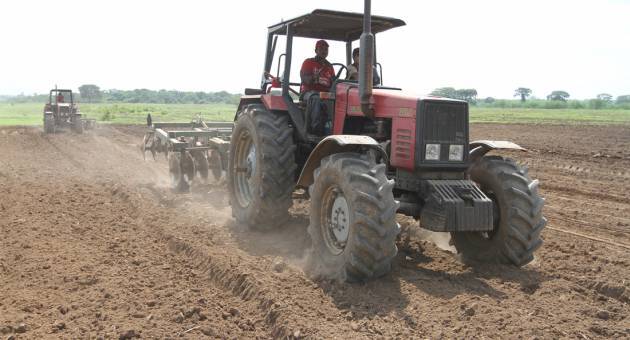 According to a report issued by the United States Department of Agriculture, the US government is attacking the gasoline supply to Venezuelan aiming at its agricultural sector and so attacking food production, which would lead to the total collapse of the Venezuelan population under the guise of illegal sanctions.

In the report, written on April 5 of this year, analyzed by the agricultural engineer Clara Sánchez and quoted by the investigative website “La Tabla”, the US predicts a serious decrease in Venezuelan production of most of the basic food items, shortage of agricultural inputs, quality seeds, fertilizers and an inability to grant credits.

“Without fuel you can not make the tractors work,” she wrote.

“When the US tries to cut off supplies of gasoline to Venezuela, it also does it to bring down national food production, massively and fast in the year 2020,” the researcher explained on her Food and Power website.

RELATED CONTENT: Fire at the Cardon Refinery in Falcon State: Did it Affect Gasoline Production?

In this sense, La Tabla reported that the persecution of PDVSA is evident in the report, given that the report indicated that “low (oil) prices and the scarcity of resources due to COVID-19 are expected to exacerbate the falls in production and the shortage of fuel and inputs to become unmanageable.”

“The report acknowledges that the current geopolitical environment in Venezuela is driving new business partners outside of US and its transnational corporations’ food power. Russia, Turkey and China have become important suppliers,” La Tabla writes, icing the work of Clara Sanchez.

“The US regime is aiming at starving to death millions of Venezuelans in a criminal and disgusting strategy to — according to their weird understanding of the world — provoke the exit of President Nicolas Maduro. They can not really see that the US is in decline and all these actions against Venezuela and many other countries only accelerate its inevitable decline,” an international expert said to Orinoco Tribune.