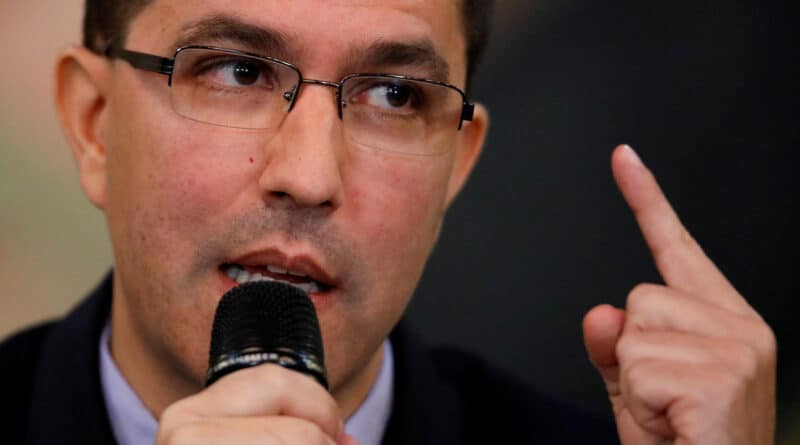 The Venezuelan Foreign Minister urged his peers to reread the Charter of the United Nations (UN) and return to international diplomacy.

The Foreign Minister of Venezuela, Jorge Arreaza, rejected on Tuesday that his counterpart from the Czech Republic, Tomas Petricek, and the other European Foreign Ministers, did not recognized the results of the parliamentary elections held on Sunday, December 6, in which 277 deputies were elected for the 2021-2026 National Assembly.

“How scary! The Minister of Foreign Affairs of the Czech Republic does not recognize our elections,” Arreaza said ironically, after expressing the opinion that his “European colleagues” are making fools of themselves with their statements.

“I tell you with respect, you are making total fools of yourselves. Reread the Charter of the United Nations (UN) and return to diplomacy,” urged the Venezuelan Foreign Minister.

Arreaza’s pronouncement came after the Czech chancellor wrote on his Twitter account that the elections in Venezuela “did not meet minimum democratic standards, did not respect political pluralism or the rule of law,” and that his country didn’t recognize the results and preferred to continue “supporting the opposition.”

Earlier, the Venezuelan Foreign Ministry also rejected the statement issued by the High Representative of the European Union, Josep Borrell, on the parliamentary elections of 6D.

“It is regrettable that the EU persists in its interventionist policy towards Venezuela, in frank non-observance of the most elementary principles of international law,” said the ministry’s official text.

Borrell justified the non-recognition of the European bloc in the supposed absence of “a national agreement on electoral conditions,” and due to the fact that, in the opinion of the EU, they had not managed to “mobilize the Venezuelan electorate.”

In Sunday’s elections, with 30.5% participation, Chavistas allied in the Gran Polo Patriótico (GPP) obtained 68.43% of the vote, or 4,277,926 votes. Meanwhile, the moderate opposition united in the Alliance for Change (APC) movement received only 17.52% of the vote.

The turnout for a similar electoral event in Romania on the same day was also 31%. This has not elicited any complaints among European diplomats.