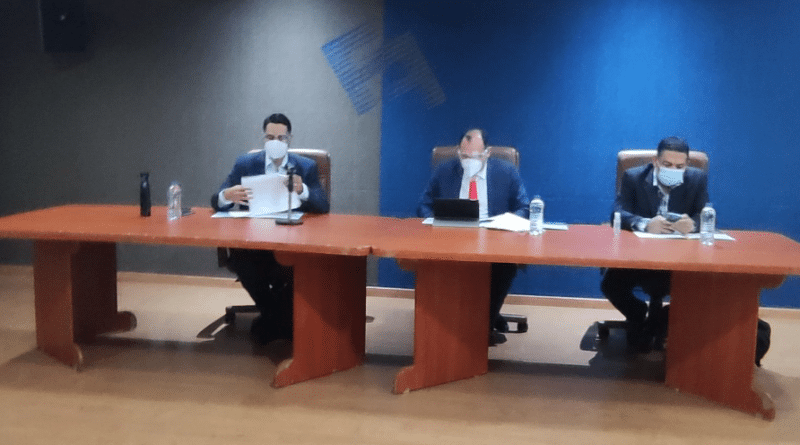 With a presentation on the origin and reasons behind the unilateral coercive measures imposed on Venezuela by the US government, Hugbel Roa, Deputy to the National Assembly for the Bloque de la Patria, participated in the anti-blockade digital seminar “Is it Possible to Develop a Besieged Country?”

The event served as a platform to analyze how the financial and commercial attack against Venezuela intensified after Nicolás Maduro won the presidential election with popular support, following the physical departure of Commander Hugo Chávez.

In his speech, Roa detailed that it was Chávez who “guaranteed not only the consolidation of a civic-military movement with a high capacity of unity, but he also managed to sow in each one of the generations the importance of the most precious asset of this country, which is independence.”

Deputy Hugbel Roa, is vice president of the Special Commission of the Venezuelan Parliament investigating the actions perpetrated against the Republic during the period 2015-2021.

US and financial pressure
The ambassador of the Islamic Republic of Iran, Hojjatollah Soltani, also participated in the anti-blockade seminar, and spoke about the process of resistance endured by his country in the face of “sanctions,” also issued against its people by the Washington administration.

For this reason, they delved into some of the strategies that allow the Islamic nation and the Bolivarian Republic to rely on cooperation and complimentary qualities in order to face the constant attack by the White House.

Also connected to the videoconference were Maryam Haghroosta, Director of the Hispanic Studies Research Center of the University of Tehran, and William Castillo, Deputy Minister for Anti-Blockade Policies of the Ministry of Economy and Finance.

Soltani recalled that his country has already been under US “sanctions” for 41 years, and stressed that imperialism should not be expected to lift its coercive measures. “In Iran we turn aggression into an opportunity for development,” he added.