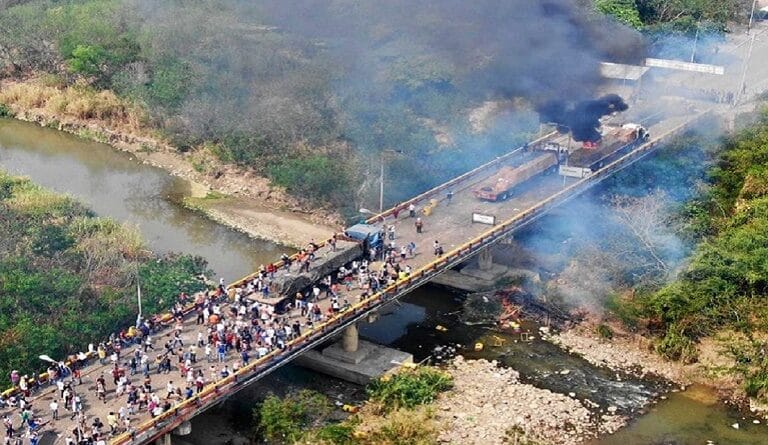 This Friday, April 30, Venezuelan Foreign Affairs Minister Jorge Arreaza recalled in a statement that, since 2019, the Venezuelan government has been denouncing the falsehood of the alleged “humanitarian aid” for Venezuela sent by the United States, and the way it intended to enter the Venezuelan territory illegally through Cúcuta (Colombia) and other border crossings on February 23 that year.

Arreaza wrote in his Twitter account that “the Bolivarian Government warned in February 2019 about the falsehood of the US-orchestrated humanitarian aid spectacle in Cúcuta. Today, USAID itself recognizes that it was part of a political operation aimed at regime change. We had warned about the mercenaries getting trained in Colombia to… assassinate the president with drones and then the Gideon operation. We denounce the strategy of blocking Venezuelan funds, assets and companies so as to generate suffering. But the truth is emerging in each case. All their perverse plans have failed and will continue to fail.”

Arreaza made this statement after the publication of a new report by the inspector general of the United States Agency for International Development (USAID), in which doubts have been raised on whether the shipment of supplies was motivated by an attempt to provoke regime change instead of an actual technical analysis of the best way to help Venezuelans in need.

Featured Image: On February 23, 2019, an attempt, backed by the United States, was made to violate Venezuelan sovereignty. File photo.