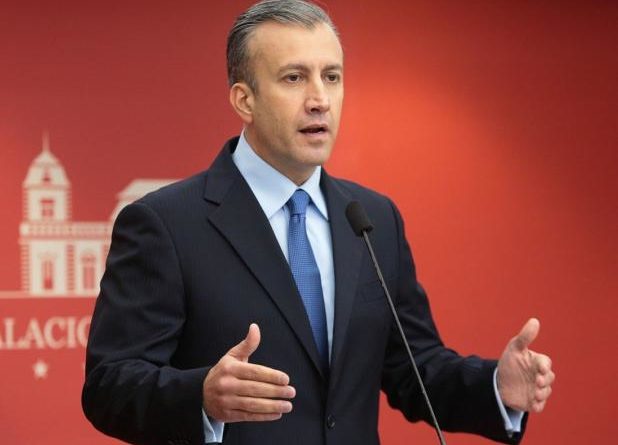 The trade operation of five tankers, with fuel coming from the Islamic Republic of Iran to Venezuela to supply the internal market and help with the decrease in production due to the coercive measures imposed by the United States government, is part of the cooperation between both nations in the field of scientific and industrial development of hydrocarbons.

“The energy cooperation between Iran and Venezuela is based on scientific exchange and the productive development of the hydrocarbon industry,” said the vice president of Economy, Tareck El Aissami.

He recognized the contribution of the Persian nation in the midst of the multiform pressure and interference that Donald Trump’s administration is promoting to oust the president of the Bolivarian republic of Venezuela, Nicolás Maduro.

He also noted that this energy cooperation “aims at comprehensive development for the benefit of our peoples” and based on experience as members of the Organization of Petroleum Exporting Countries (OPEC), he said.

He recalled that soon the oil tankers, which have traveled more than 12 thousand kilometers, will be arriving at Venezuelan ports.

“On behalf of Nicolás Maduro and all of Venezuela, we salute and welcome the ships of the Islamic Republic of Iran,” said El Aissami through a message posted on Twitter.

Frigates and aircraft of the Bolivarian National Armed Forces (FANB) will ensure that the tankers called Fortune, Petunia, Forrest, Faxon and Clavel arrive on the country’s coasts safe and sound.