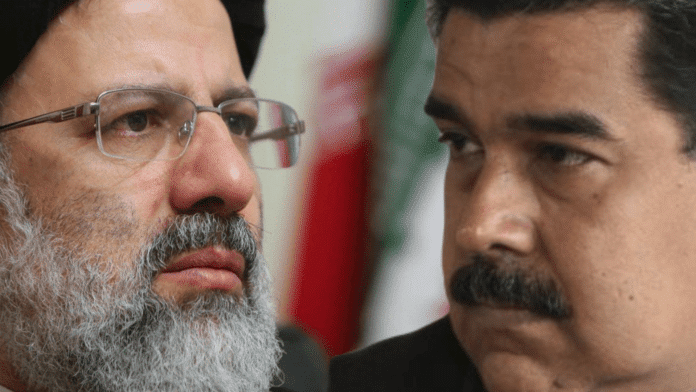 The new president of Iran, Sayyid Ebrahim Raisolsadati [Raisi], reaffirmed his support of the Bolivarian Republic of Venezuela amid common threats and challenges. The president of the Islamic Republic denounced the failed attempts of US power groups to destroy the peace of nations such as Iran.

The Iranian president expressed this in a meeting with the Venezuelan Minister of Planning, Ricardo Menéndez. Menéndez attended the inauguration ceremony of Sayyid Ebrahim Raisolsadati. These countries have had diplomatic relations for 70 years, however these relations were strengthened when Hugo Chávez was elected.

Currently, both Iran and Venezuela face and resist illegal unilateral coercive measures imposed by the White House. These measures are used as pressure mechanisms to punish political systems that do not submit to Washington’s mandates. President Raisi said that these coercive measures are attempts by the United States to block the development of independent countries .

“Iran and Venezuela have common interests and enemies” said the Iranian president. “We have always shown that, with resistance and wisdom, we can thwart the plots of the US and world imperialism.”

On behalf of Venezuela, Minister Menéndez was in charge of carrying President Nicolás Maduro’s support for the success of Raisi’s new administration in the Persian nation. Menéndez affirmed that “Venezuela’s friendship with the Iranian people is unconditional and permanent. We are determined to strengthen relations between the two countries.”

Friendship and cooperation
The Vice President of Planning’s visit also served to review and expand existing agreements for exchange and binational reciprocity in various areas. For example, the delegations worked to establish a 10-year plan as a roadmap for strengthening economic productivity. Menéndez explained, “It is concerned with how we strengthen our productive agenda, in a prioritized program, which involves an industrial vision in the field of economics.”

The Vice Minister of Foreign Relations for Asia, the Middle East, and Oceania, Capaya Rodríguez, also visited as part of the Venezuela-Iran High Level Mixed Commission. Work sessions included a meeting in Tehran with the Minister of Defense and Logistics of the Iranian Armed Forces, Amir Hatami.

Furthermore, they also addressed the battle against COVID-19 with contributions of supplies, technology, and scientific knowledge. Additionally, they planned coordination for holding the 9th Venezuela-Iran High Level Mixed Commission.”