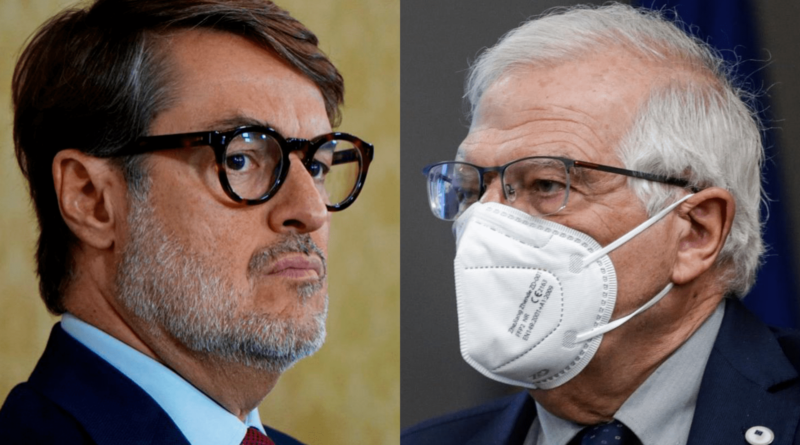 Through his social media accounts, the Venezuelan foreign affairs minister confirmed that Venezuela has its doors open for the EU to observe the electoral process, just as the country has opened its doors to many other movements, governments and international organizations.

“On his tour of neighboring countries, he insists on dedicating his rhetoric against my country,” said Minister Plasencia, referring to Borrell’s comments about Venezuela during his Brazil tour. “I remind him that Bolivarian Venezuela is a leader in cooperation, solidarity and development in our region. It is a land of opportunities for our people and millions of immigrants.”

All this stems from Borrell’s visit to Brazil this week, mainly to talk about migration processes in Latin America, where Venezuela was one of the items on his agenda. The Venezuelan migration is one of the main lines of US and European attacks against Venezuela.

“High Representative Josep Borrell, your attempts to teach lessons on democracy, freedom and prosperity should be orientated to serving the needs of European citizens,” wrote Plasencia in a tweet. “We reject your insistence and obsession with Venezuela.”

Given Borrell’s position, Plasencia stressed that “in 16 days we celebrate our 29th election, an event open to the world in which the solidity of our democracy and our electoral system will be ratified. The EU is invited to this party of popular protagonism within the framework of our unwavering sovereign commitment.”

While Borrell pretends to be worried about Venezuelan migrants, the European Union is building razor fences in the border between Belarus and Poland to stop Middle Eastern refugees from entering Europe, and the same European Union’s policies in Mediterranean Sea countries lead to the death of thousands of African migrants every year.

European Union in Venezuela
While the CNE schedule continues towards the 21N regional elections, the members of the Election Observation Mission (EOM) of the European Union have already participated in the electoral fair organized by Venezuela’s electoral body, with the aim of examining the operation of the voting machines and informing about the voting process.

At the beginning of October there was an impasse due to statements by Josep Borrell, who insisted that the report of the European Union would be the one that would “legitimize or delegitimize” the regional elections of November 21. The National Electoral Council in plenary session reacted to this clearly interventionist comment, demanding a clarification, which was provided by the EU, and the EOM arrived on its mission.

On the other hand, the CNE rectors have expressed their conviction that the Election Observation Mission of the European Union will participate in the mega-elections process, in full accordance with the administrative agreement it signed with the National Electoral Council, respecting Venezuela’s legal system and sovereignty.