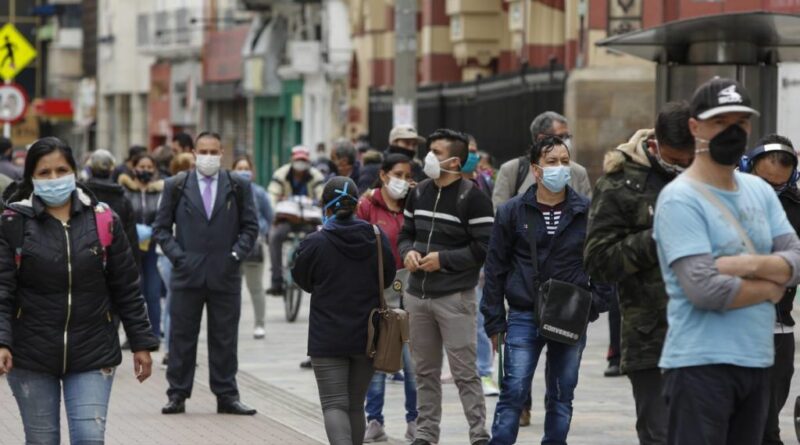 According to Colombia’s official data on the pandemic, the virus has infected almost 2.5 million people, and there are currently just over 10,500 active cases.

While the numbers suggests relative control of the disease, local media describe a different picture. In the city of Medellín, for instance, hospitals and clinics report that they are at full capacity.

The care center directors confirm that there are no longer ICU beds available, and have asked that no new cases be referred to them as there is nowhere to receive them.

Due to these descriptions from hospitals in some of Colombia’s largest cities, a concerted effort was made to look carefully at the official numbers.

Another important piece of information in the panorama of the pandemic in Colombia is the figure of 64,524 deaths, a statistic that, compared to the US or Brazil, reveals less “collateral damage,” but on a regional level it is the second highest death toll after Brazil.

The Colombian government has privatized most of the healthcare system, so they have a weak corporatized system not capable of dealing with the pandemic, and many Colombians do not have money or coverage for the costs of treatment. For that reason, like in many capitalist countries, the majority opt to stay at home and try to fight the terrible effects of the virus.

Meanwhile in Venezuela, President Maduro’s administration has placed all available resources at the service of all the population for free, even within the significant limitations imposed by the criminal US and European blockade of the Caribbean country. This has been facilitated by the cooperation of sister countries like Cuba, China, Russia, and Turkey.

The situation seems more serious
Despite the collapse of hospitals in the largest cities in the neighboring nation, as well as the number of deaths, the government in that country directs its energies to the magic solution of vaccines, a process that has advanced slower than expected and, for some unwary citizens, opened the door for the scandal of empty injections.

According to official data, 5% of the population has been injected, but once the case of false vaccinations in some patients is considered, there are many reasons to believe that this number is inflated with some “air.”

Another indication that suggests that the drama of the pandemic is greater in Colombia is that a good part of the imported cases in Venezuela come from that country. People who come and go along the irregular border routes, in addition to bringing the disenchantment of migration, may come with the disease.

Featured image: Under-reporting on COVID-19 cases and deaths in Colombia has been statistically analyzed by Venezuelan authorities. Photo courtesy of RedRadioVE.