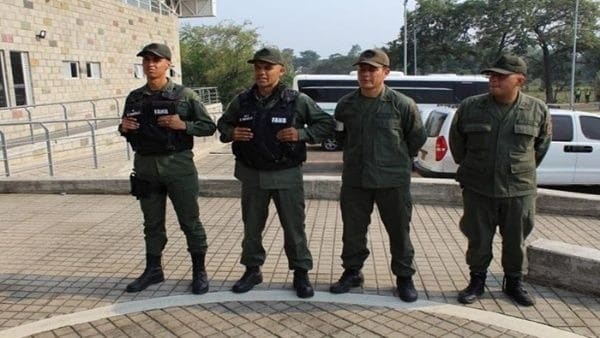 “Most of us do not have relatives in Colombia, we were the breadwinner of our families in Venezuela and now we are here with nothing,” lamented an ex-military Sargent.

A group of Venezuelan military deserters that fled to Colombia on February 23, reported on Saturday that Colombian authorities have abandoned them, and had given them a period of 4 days to leave the United Nations High Commissioner for Refugees (UNHCR) camp where they were living near the border between Venezuela and Colombia.

They ask Venezuelan deputy Juan Guaido, who had unconstitutionally self-proclaimed as “Interim president”, to help them.

“We are adrift; we do not have the support of anybody. We want Juan Guaido to come to talk to us face to face,” said former Venezuelan Army’s second ex-sergeant, Luis Gonzalez Hernandez, who acted as spokesperson for the group.

According to Gonzalez Hernandez, the evacuation from the shelter was demanded and prepared by the Colombian authorities in Villa del Rosario municipality, in the border city of Cucuta. In return, they were offered 350,000 Colombian pesos, a mattress, and a bedsheet for each one, he said.

“Attention to this testimony: Venezuelan military officers who deserted on Feb. 23 and fled to Colombia reported being “adrift and waiting for President Guaido.” They claim that UNHCR requires them to leave the camp and move on their own.”

“Most of us do not have relatives in Colombia, we were the breadwinner of our families in Venezuela and now we are here with nothing,” lamented the ex-military officer.

In the weeks leading up to Feb. 23, the date fixed by the Venezuelan right-wing for the entering of the supposed “humanitarian aid” to Venezuela, lawmaker Juan Guaido and several U.S. government spokesmen urged members of the National Bolivarian Armed Forces (FANB) to ignore their officers and defect to Colombia.

“You must go. Leave in 3 days. Here are 350 thousand pesos and a mat for each one,” this is what they said today to the Venezuelan military deserters in Cucuta. They no longer have any use. The time of your scene is over. The curtain goes down.”