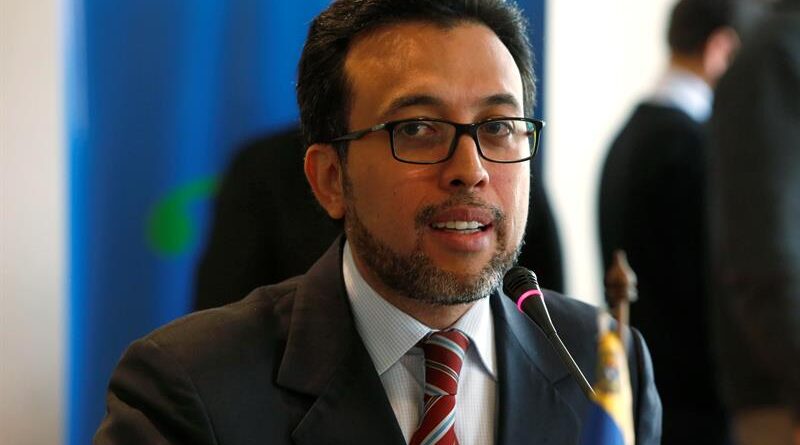 With the ratification of the Vuelta la Patria repatriation program as an effective measure to guarantee the safe return of refugees, the government of Venezuela urged the United Nations High Commissioner for Refugees (UNHCR) and the International Organization for Migration (IOM) to support the program which has already aided in the return of thousands of Venezuelan nationals from various countries.

Héctor Constant Rosales, Venezuelan representative to the UN and other international organizations based in Geneva, Switzerland, raised his concerns about the politicization of the migration issue during a high-level meeting of the Refugee Pact.

The Venezuelan representative highlighted that, despite the imposition of criminal unilateral coercive measures on Venezuela by the US and the EU, the Venezuelan government has created the Vuelta a la Patria program to assist the voluntary return of Venezuelan migrants from abroad. However, this measure “has not received support from UNHCR or IOM,” emphasized Constant.

In Constant’s words, Vuelta a la Patria constitutes “a lasting and effective good practice that guarantees the voluntary return of thousands of Venezuelan citizens who have expressed their desire to return to their country.”

Constant also stressed that voluntary return is the lasting and permanent solution, par excellence, when it comes to refugees. Therefore, international cooperation for the facilitation of return of migrants and refugees must be planned and managed in coordination with the country of origin.

Humanitarian response
Ambassador Constant also expressed Venezuela’s concern over the tendency of refugee organizations to politicize humanitarian response. “We consider that these mechanisms constitute duplication of efforts and have become a vehicle for media manipulation of the situation in countries of origin, transit and destination,” stated the Venezuelan official.

As for the United Nations Refugee Pact, Constant pointed out that it requires a more equitable distribution of the task which should assume a shared responsibility in response to the harsh realities that refugees go through. His proposal aims at eradicating armed conflicts, unconventional wars and interventionism.

Constant also condemned the illegal and criminal unilateral coercive measures imposed on Venezuela, which are contrary to the United Nations Charter and to international law. He pointed out that such measures cause deterioration of the quality of life of the people of the country and added that “no permanent solutions will be found for refugees and migrants as long as schemes of domination over developing countries persist.”

Respect and dignity
Ambassador Constant emphasized that Venezuela promotes a humanist vision based on peace, respect for human dignity, and social justice. That is why national policies are aimed at guaranteeing refugees free access to education, health and proper documentation. Refugees also have the right to public services, employment, economic activities and other social and cultural benefits in Venezuela.

The Venezuelan representative made a call for “the UNHCR to make visible and to collaborate though concrete actions that can aid States in their compliance with the pact. In Venezuela, all refugees are protected under the fundamental principles of non-rejection, non-sanction for irregular entry into Venezuelan territory, family unification, and no discrimination.”